Ask The County Agent: ‘What should I do about pine beetles?’ 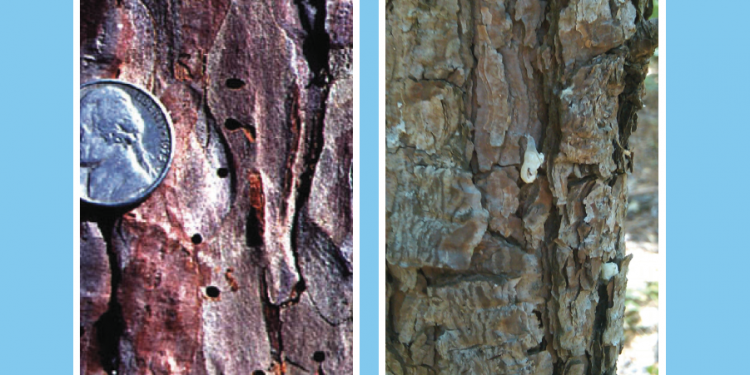 Question: Something is wrong with my pine tree. I think I have pine beetles. What should I do about them?

Agent: Pine beetles are bad news. There are three groups of them—the southern pine beetle (SPB), Ips engraver beetle (IEB) and black turpentine beetle (BTB). The SPB is known to attack strong, healthy trees, but the IEB and BTB more often are attracted to trees that are drought-stressed, storm damaged or weakened for other reasons such as lightning strikes.

The flash drought that we experienced last year is a distant memory these days given everything that 2020 has thrown at us, but you may remember that it wreaked havoc on our trees. In 2019, they suffered through a hot, dry summer that continued into early fall –  only to receive an overabundance of rainfall during the first part of this year. One might say that our trees have had a pretty rough year too!

To conserve water and to stay alive during a drought, trees will shut down roots, wilt and/or drop leaves early and change chemical processes. Even as rainfall conditions return to normal, it takes time for trees to fully recover from drought and some trees will never fully recover if the damage is severe enough. Since there is a time-lag between increased rainfall and full tree health recovery, our mild winter temperatures gave bark beetles more time to attack pine trees.

Pine trees growing in higher and drier locations are most likely to experience bark beetle infestations and ultimately tree death.  However, any drought-stressed pine trees are susceptible to bark beetle attacks.  Once a few trees start dying, the number of infested trees may continue to grow within a forest or neighborhood.  There are multiple signs of a bark beetle attack including branch dieback (or flagging), changes in needle color (green to yellow to brown), and eventually, tree death with needles falling from branches.  Other signs that directly indicate bark beetle activity include small (1-2 mm) round exit/entrance beetle holes on the bark, pitch tubes around the holes or “sawdust” around the base of the tree.

Dead and dying pine trees in forests can be harvested to recover economic value from timber stands.  Dead pines in lawns should be removed as dead trees can be hazardous.  It is important to contact a certified arborist for tree removal and confirm that these tree removal specialists are insured.

For assistance with pine trees that are dead or dying with fading crowns, you may contact the Coweta County Extension office at 770-254-2620 or [email protected] or the Georgia Forestry Commission’s regional forester at 678-378-8109. 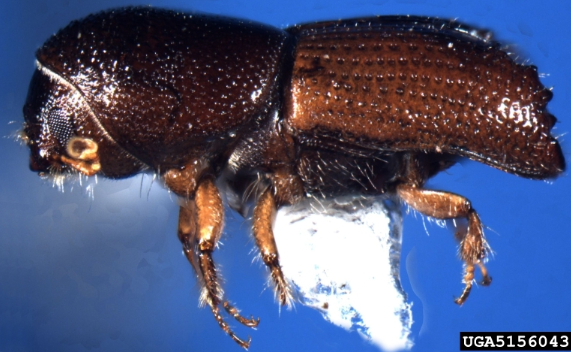