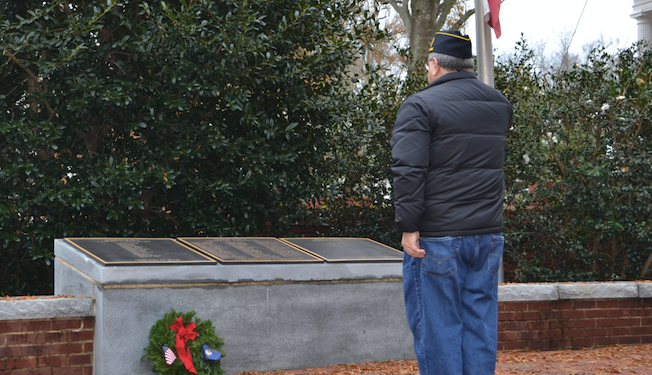 The City of Newnan has been asked to update the World War I Memorial Plaque to include additional names and remove one.

The original plaque has been in place since 2008, and the Veterans Committee that worked on researching and gathering information for the Veterans Plaza has since been disbanded.

“Before making changes to the plaque, city staff began researching to determine how they could further vet the names previously given as well as those on the current plaque,” said Ashley Copeland, Communications Manager for the city of Newnan.

Through the city’s research and gathering of information, the World War I Centennial Commission, which was established by an act of Congress as Public Law 112-272 in January of 2013, was discovered via the online site: (https://www.worldwar1centennial.org/).

Within that website are state connections where city staff came across the Georgia Memorial Database (https://www.worldwar1centennial.org/index.php/georgia-memorial-database.html) which was used to confirm the list of names and locate even more names.

“Since this requires change to the plaque, the city is providing the community an opportunity to review these names,” said Copeland.

This revised listing for Coweta Veterans who died during the dates of World War I: 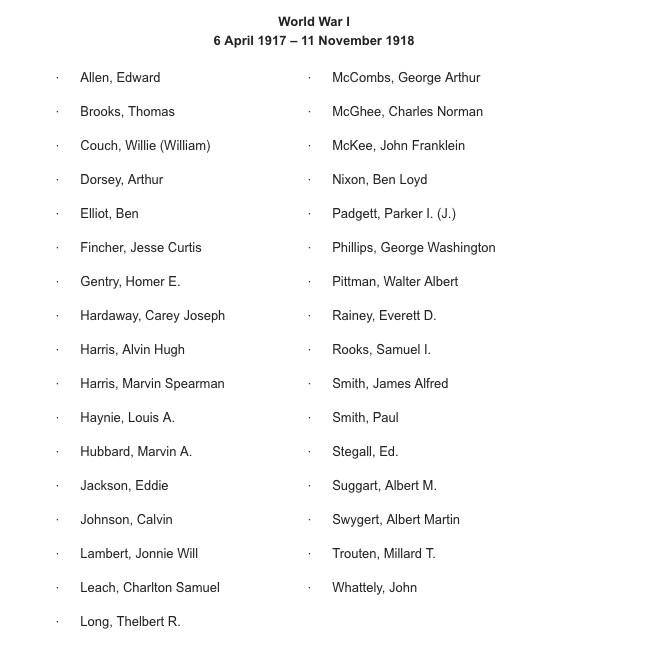