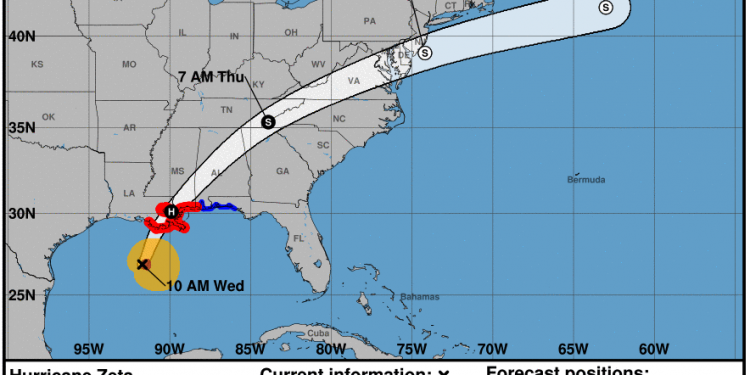 Coweta County is in a Tropical Storm Warning today due to the approaching Hurricane Zeta off the Louisiana coast, according to the National Weather Service in Peachtree City. The Tropical Storm Watch, that was initially in place was the first in this area since 2017. The Warning is in effect until further notice.

Hurricane Zeta is expected to make landfall as likely a Category 1, possibly a 2, on the Louisiana coast later today, and its path is projected to move through Mississippi, Alabama and Georgia in the next 24 hours. Initial forecasts here in Coweta County call for 1-3 inches of rain with below tropical storm force wind at  20-30 mph, gusting to 50. And with these type of storms, a slight possibility of tornadoes does exist.

Coweta is also in a Flash Flood Watch which goes through Thursday evening. Periods of heavy rainfall are expected from the rain bands of Zeta.

A strong cold front is helping push the fast-moving Zeta out of the area and by Thursday night, clearing and much cooler temperatures move in. The low on Thursday night is expected to be near 49 degrees.

Here’s the latest forecast as of 10:15 (subject to change) from the National Weather Service:

WEDNESDAY – A chance of showers and thunderstorms, then showers likely and possibly a thunderstorm after 4pm. Cloudy, with a high near 77. Southeast wind around 5 mph. Chance of precipitation is 60%. New rainfall amounts between a tenth and quarter of an inch, except higher amounts possible in thunderstorms.

WEDNESDAY NIGHT – Showers and thunderstorms likely, then showers and possibly a thunderstorm after 11pm. Low around 70. Windy, with a southeast wind 5 to 15 mph increasing to 15 to 25 mph after midnight. Winds could gust as high as 35 mph. Chance of precipitation is 100%. New rainfall amounts between three quarters and one inch possible.

THURSDAY NIGHT – A 10 percent chance of showers before 7pm. Partly cloudy, with a low around 49. West wind around 10 mph, with gusts as high as 15 mph. 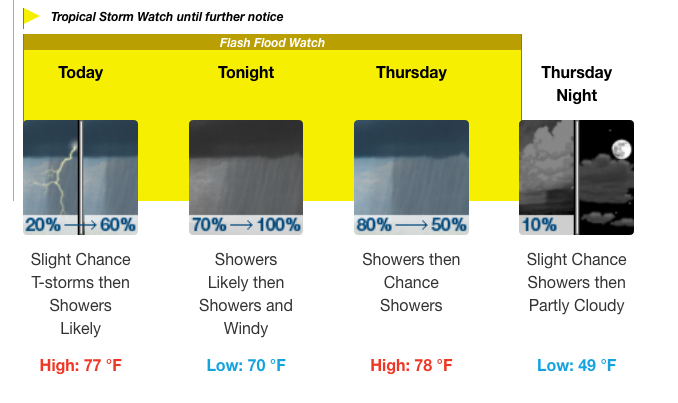 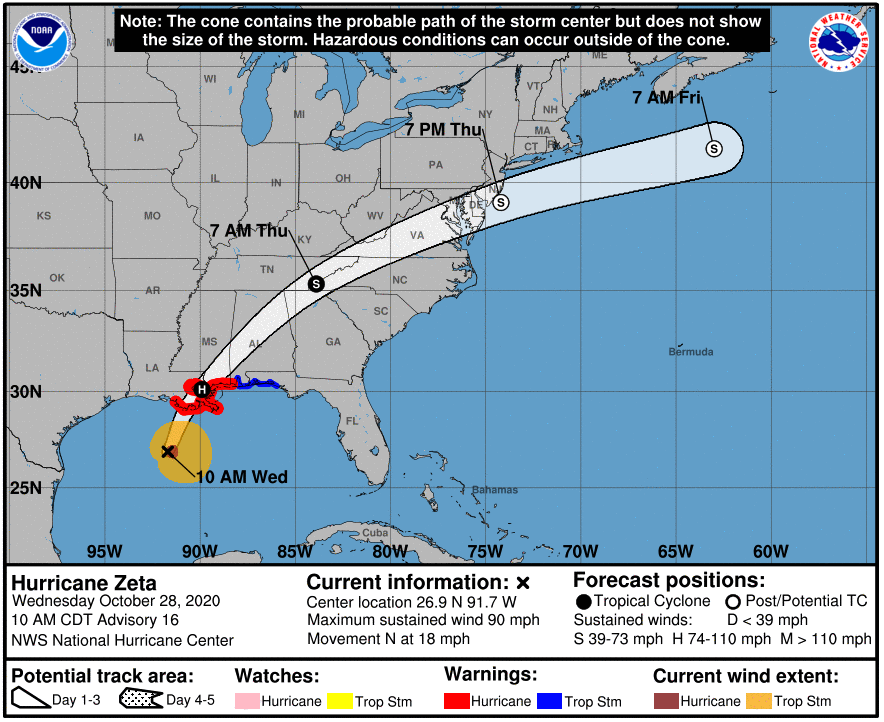