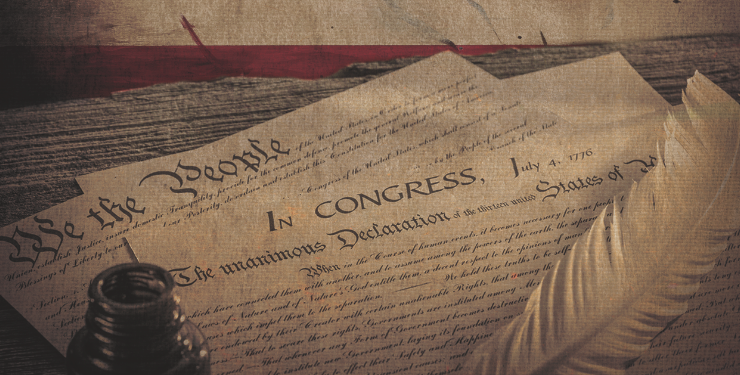 Each year on July 4, Americans celebrate the birth of their nation and independence from Great Britain. This day marks the anniversary of the presentation and acceptance of the Declaration of Independence, signed 242 years ago on July 4, 1776.

The Declaration of Independence began as a letter to Britain’s King George to explain why the Continental Congress was interested in declaring independence from Great Britain. The writing of the declaration began on July 2 and the final wording was established on July 4.

Independence Day is full of opportunities to celebrate and enjoy oneself, though 2020 is likely to be a bit different with the COVID-19 pandemic. In an ordinary year, parades, fireworks, parties, barbecues, and much more are part of the festivities.

• Although 56 people eventually signed the Declaration of Independence, only John Hancock signed the document on July 4, 1776. The rest added their names later on. John Hancock’s signature is ornate and widely recognized. Putting your “John Hancock” on a document has become synonymous with the process of signing something.

• The Declaration of Independence was adopted while the Continental Congress met in Philadelphia at the Pennsylvania Statehouse. That building is now known as Independence Hall.

• The average age of the signers of the Declaration of Independence was 45. The youngest person to sign was Thomas Lynch, Jr., who was 27 when he signed the document. Benjamin Franklin, at age 70, was the oldest signee.

• John Adams and Thomas Jefferson were the only signees who went on to serve as presidents. Coincidentally, Jefferson and Adams both died on July 4, 1826, within hours of each other.

• Philadelphia is the birth place of much American history and is home to the Liberty Bell. Each Independence Day, the Liberty Bell is tapped (not rung, as the vibration would further damage the cracked bell) 13 times in honor of the original 13 American colonies.

• The stars on the original American flag were placed in a circle. This was so all of the colonies would be equally represented.

• Independence was gained in 1776, and the first celebration took place in Philadelphia four days later. The White House held its first Independence Day festivities in 1801.

• The only copy of the engrossed and signed Declaration of Independence is in the National Archives in Washington, D.C.

Independence Day is a time for hot dogs, ice cream and, of course, revisiting America’s history.