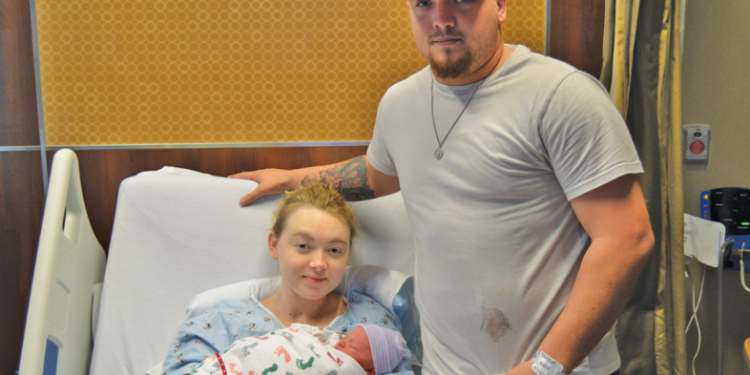 Piedmont Newnan Hospital has announced that Kynnedy Analisa Lopez was the first baby born in the new year.

Kynnedy Analisa arrived on Wednesday, January 1 at 3:36 a.m. She weighed 6 pounds and 3 ounces and was 19 inches long.

She is the daughter of Marie Bryan and Justin Lopez.

Kynnedy Analisa was not due until Jan. 9. Her parents started their New Year’s Eve out welcoming friends into town when Mary’s water broke and she came to the hospital. Kynnedy was born just four hours later.