Films kids can enjoy this Halloween 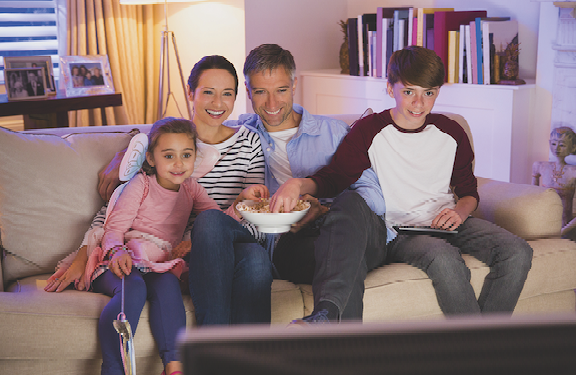 Scary movies are a must-see for many Halloween enthusiasts each October. Classic characters like Freddy Krueger, Michael Myers and Jigsaw make their way into millions of people’s living rooms each year and serve as testaments to the staying power of scary movies.

A scare might be what many people want on Halloween night, but such movies are best left to teenagers and adults. When it comes to more kid-friendly films this Halloween, parents can give these classics a try.

• “It’s the Great Pumpkin, Charlie Brown” (1966): Parents can take a stroll down Memory Lane and enjoy this classic that has been entertaining kids for more than half a century. The costumes for the Peanuts gang, most notably Charlie Brown’s, elicit a few laughs, while kids will no doubt be in awe as Linus speaks of the Great Pumpkin.

• “Monsters, Inc.” (2001): Halloween wouldn’t be the same without monsters, but the monsters in this beloved Pixar classic are decidedly more kid-friendly and significantly funnier than Frankenstein.

• “Wallace & Gromit: The Curse of the Were-Rabbit” (2005): This film based on the British stop motion comedy franchise gave the feature film treatment to Wallace and his dog, Gromit. The film’s action is centered around Tottington Hall’s annual giant vegetable competition and features enough silliness to keep kids laughing throughout its 85-minute run time.

• “Scooby-Doo on Zombie Island” (1998): Youngsters who love Scooby-Doo and his mystery-solving pals are no doubt accustomed to a few lightly scary moments, so this story that unfolds when the gang heads to Louisiana to investigate a haunted mansion is sure to please.

• “E.T. the Extra-Terrestrial” (1982): Produced and directed by Hollywood legend Steven Spielberg, this tells the story of a young boy named Elliott who befriends a charismatic extraterrestrial. The film is loaded with memorable scenes and dialogue, and parents who watched it as children will no doubt love the chance to watch their own youngsters’ eyes light up at the sight of E.T.