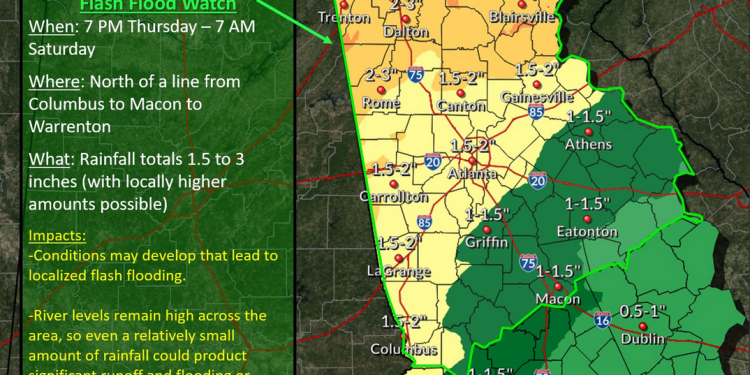 A Flash Flood Watch for Coweta County and surrounding areas will take effect at 7 p.m. tonight, according to the National Weather Service.

Folks can expect rainfall totals from 1.5 – 3 inches during the Watch, which ends on Saturday at 7 a.m. The Flash Flood Watch area is north of a line from Columbus to Macon to Warrenton. Rain chances are at 60 percent today, 80 percent tonight, 100 percent Friday and 60 percent on Friday night.

A second round of rain moves in Saturday night through New Year’s Day.

In addition, Coweta County can expect increasing winds today and tonight from the east at 10-15 mph, gusting to 30. Though Coweta is not in a Wind Advisory, Carroll and Douglas Counties and areas north are.

Below is the 36-hour forecast from the NWS:

TODAY – A chance of rain before 7am, then showers likely, mainly after 4pm. Cloudy, with a high near 57. East wind 10 to 15 mph, with gusts as high as 30 mph. Chance of precipitation is 60%. New precipitation amounts between a tenth and quarter of an inch possible.

TONIGHT – Showers. Low around 55. Southeast wind 10 to 15 mph, with gusts as high as 30 mph. Chance of precipitation is 80%. New precipitation amounts between three quarters and one inch possible.

FRIDAY – Showers, with thunderstorms also possible after 11am. High near 67. South wind 5 to 10 mph, with gusts as high as 25 mph. Chance of precipitation is 100%. New rainfall amounts between three quarters and one inch possible. 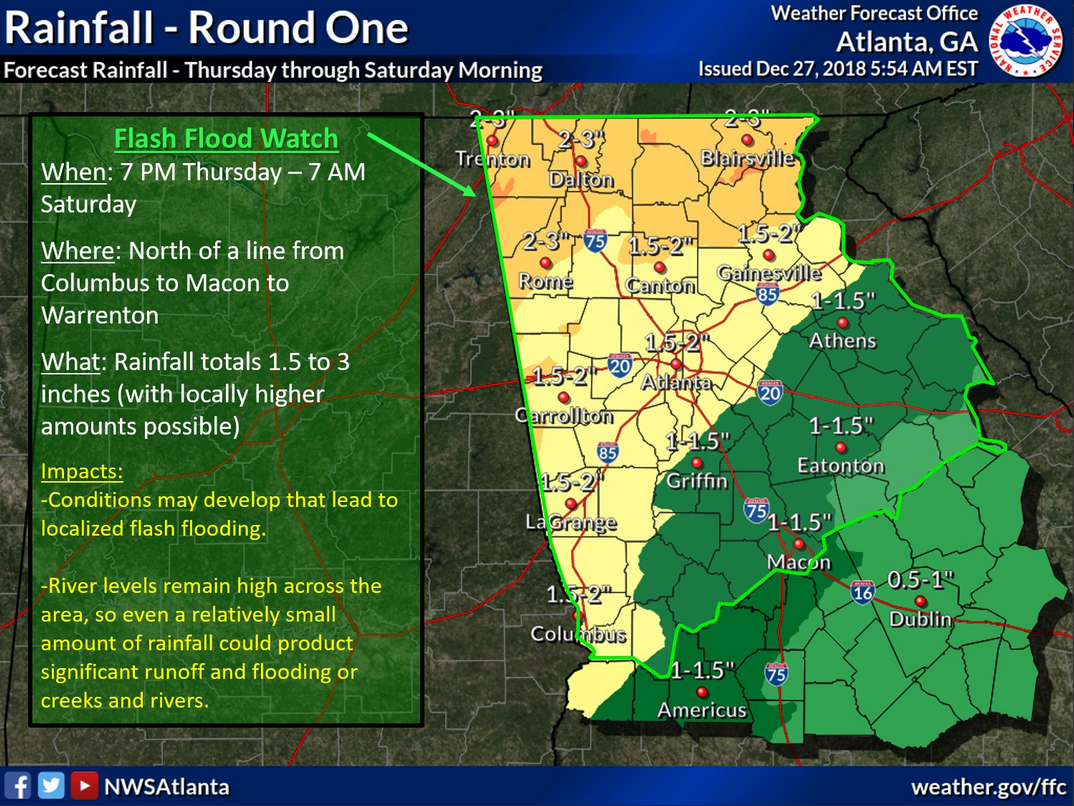