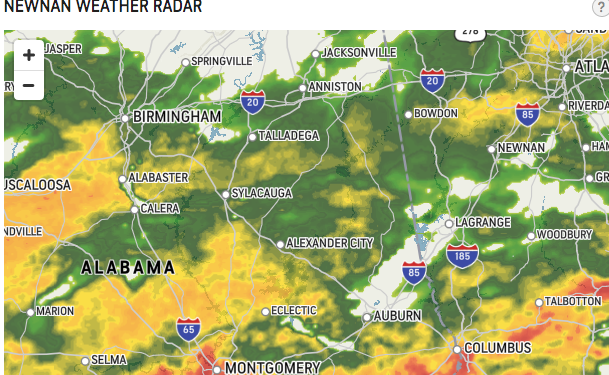 There’s plenty of rain headed to Coweta County in the 36-hour forecast, according to the National Weather Service in Peachtree City.

Folks can expect a 90 percent rain chance today, tonight and Thursday. Moderate to heavy rainfall is expected in the area with amounts of 1.5 to 3.5 inches possible. As a result, a Flash Flood Watch is in effect for Coweta County and surrounding areas from 7 a.m. Wednesday through Thursday afternoon.

In addition, a low pressure system from the west will make its way through the area during this period and will bring isolated to marginally severe storms. The primary hazard will be damaging wind gusts and possible hail. Even an isolated brief tornado cannot be ruled out.

Here’s the 36-hour forecast from the National Weather Service:

TODAY – Showers, mainly after 9am. Patchy dense fog before 10am. High near 58. North wind around 5 mph. Chance of precipitation is 90%. New precipitation amounts between a half and three quarters of an inch possible.

TONIGHT – Showers, with thunderstorms also possible after 1am. Low around 48. North wind around 5 mph becoming east after midnight. Chance of precipitation is 90%. New rainfall amounts between three quarters and one inch possible.

THURSDAY – Showers and possibly a thunderstorm before noon, then showers likely. High near 53. Northeast wind around 10 mph, with gusts as high as 15 mph. Chance of precipitation is 90%. New precipitation amounts between a half and three quarters of an inch possible. 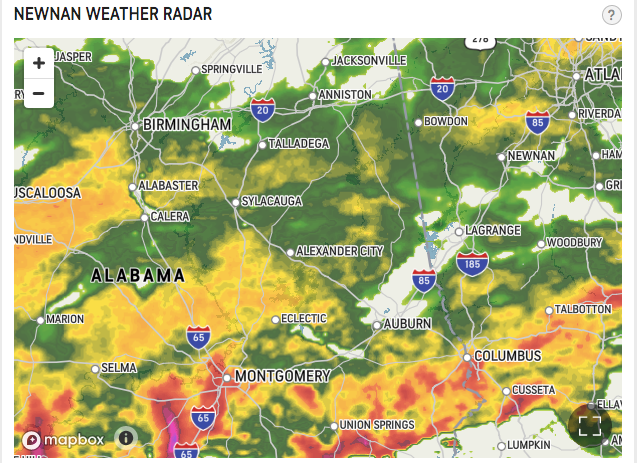