Front Porch Stories: Teachers are such a blessing 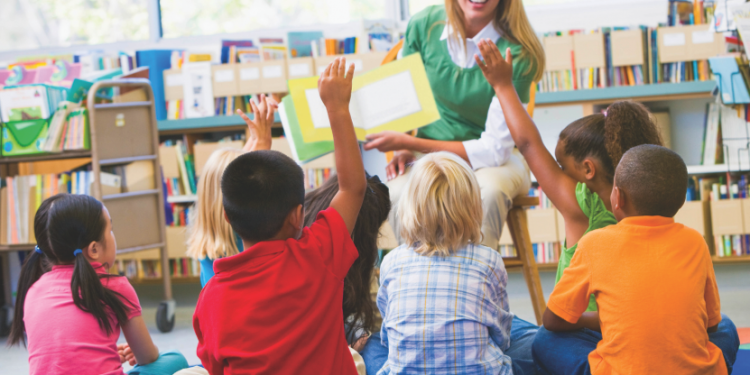 I’ve been homeschooling two of our grandlittles while their mom is out of town.

They are second grade and kindergarten, and we are on week two of two. My daughter is an artist and has to travel for two weeks at a time, so I’m on call.

Many grandparents are homeschooling their littles and I’m thankful to be able to stand in the gap. It’s a new routine, this whole school day thing, but as long as there is naptime midday (for me) things go rather well.

Back when my kids were young, I quit the higher paying jobs and worked in their schools as often as possible, doing things like front office work, substitute teaching and after school care.

As a clerk in an elementary school, my job entailed a variety of duties. One stormy day, the weather alert radio system warned of a tornado. There are few things I dislike more than a tornado, and I was ready to duck and cover. But that was not in the plan and my principal gave me a directive to go and give reassurance.

My initial charge was a young woman in her first weeks of teaching. She was doing what she was supposed to by lining the children up in the hallway, but she was trembling. Little did she know I was also trembling. As the skies turned from sunny to dark and finally a sickly green color, I had already passed the level of fear and was fully on task to encourage the young woman.

Once she had her children nestled in the hallway, I went over to her, put my hand gently on her back and told her what a great job she was doing to keep the kids safe. She had tears in her eyes, and I knew she realized the magnitude of responsibility for every tiny life in her hands. “Sing to them,” I suggested. I was grabbing at straws; it was the only thing I could think of. I waited as she sat down among them and began singing, shaky at first, but by the time I was walking away her bold voice was joined by all the little voices as they sang a happy tune while winds whistled and skies darkened.

I didn’t have time that day to fear the storm. I had a job to do. I was one of several office staff who walked from wing to wing, checking on teachers and students.

We had many tornado watches and warnings that school year. It was one of those last storms that I realized my principal may have seen the fear in me early in the school year and gave me a job to do. She turned my fear into an important purpose and I’m grateful for that.

Because of those years I spent seeing the love and dedication of the teachers I once knew, I have compassion for them as they now cope with unprecedented situations to teach, nurture and keep the students in their care safe.

God bless our teachers. They need prayer, patience and understanding now more than ever.

Kathy Bohannon is a Christian humorist and inspirational speaker. An avid paper crafter, she also enjoys sewing and needle arts. Kathy shares her love of crafting on Facebook and on YouTube at Kathy Bohannon Creatively Blessed. She and her husband John live in west Newnan. She can be reached at [email protected].