Front Porch Stories: An extra special Thanksgiving with ‘The Crew’ 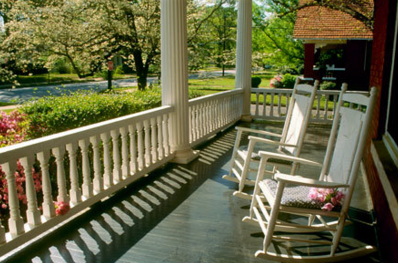 Thanksgiving is always extra special at my house.

Our daughter and her family (henceforward named “The Crew”) were planning to come for all of the festivities. The idea was for them to come Wednesday night. But a tire that wasn’t holding air kept them home until Thursday morning.

Thursday came and The Crew loaded up their truck for the four-hour trek to grandma’s house. The Crew consists of daughter and her husband, two kids and three, yes THREE, dogs. Let’s talk about those dogs.

One is a German Shepherd. He’s just what one would expect him to be. He corrals his people and is well trained. Other than flinging hair everywhere and “tap tap tapping” his puppy paws on the floors, he’s a perfect gentleman.

Another is an American Bulldog, also known as a house hippo. Imagine a little hippopotamus with a huge face full of happiness to share and chunky feet that support that hippo body. I can’t write about him without saying how absolutely adorable he is. I also can’t express enough of how clumsy his little 18-month old self is.

We tease about the third pup, which is really the first one who came along long before the others. He is 15 years old, or maybe 25. The joke is that he is trying to go on to pup heaven but his people keep saving him. He is blind and deaf and has maybe three teeth left. He is an Italian Greyhound and has an overbite that rivals Scrat from the Ice Age movie.

So The Crew loaded up and headed our way. They didn’t have “just” a flat tire, they had a tire to literally explode about an hour and a half from our house on the side of I-16. Our son jumped in his dad’s truck and went to rescue them. The Crew Boss (son-in-law) has AAA, and since they didn’t have a spare, they were able to get the truck towed to the nearest tire place. (The spare would have been huge, as the tires are oversized).

Once they all arrived, we enjoyed Thanksgiving together and then retired to the back porch. We have an inground, 8-foot-deep pool at our new house. It’s cold outside, so no one intended to go swimming, including the house hippo, who walked alongside the pool without incident.

Until there was an incident.

I had barely finished commenting how careful he was being when I saw him belly flop into the water. The Crew Boss jumped up (thankfully his phone landed on the porch) and the pup, being the hippo that he is, was sinking fast. I attribute the fact that he’s never been in deep water before as to why he didn’t dog paddle right away. But before we could blink, son in law had jumped in grabbed him and pulled him out of the water. That water has probably never been colder than at that moment.

Several crazy things happened, as it does with our family, but the crowning touch was the elderly pup mistaking that pool for the yard. Yes, he also fell in, despite the fact that we had a portable fence up. The Crew Boss was able to scoop him up and save him, much to the pup’s dismay. This happened just minutes before Ninja Man was driving them back to get their truck.

It was several days of crazy, but the good kind. Like all of our gatherings, it was the kind we are thankful everyone survived.

Kathy Bohannon is a Christian humorist and inspirational speaker. She can be reached at [email protected].

The Weekly E-Edition for December 7 now ...