Newnan to participate in #CityHallSelfie Day on Aug. 13 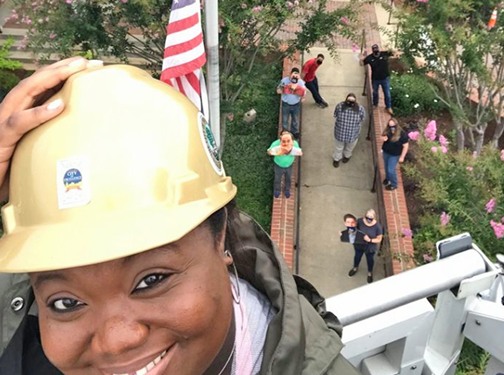 Pictured above is the Selfie which won Most Unique #CityHallSelfie from Engaging Local Government Leaders (ELGL) and Bang the Table.

Get your angles, lighting, and smiles ready – the sixth annual #CityHallSelfie Day is Friday, August 13, 2021.

Last year, the City of Newnan was awarded Most Unique #CityHallSelfie Day.

How to Participate:
1. On Friday, August 13, stop by the City of Newnan’s City Hall, located at 25 LaGrange Street, and take a selfie in front of City Hall!

Engaging Local Government Leaders (ELGL) is an “accidental professional association” that began in Portland, Ore., in 2012 with a 16-member dinner group. Today, ELGL has grown to over 4,800 members from all 50 states plus Canada, UK, Israel, and Australia.

Focused on all levels of local government (from analysts to mayors; librarians to planners; and everyone in between), ELGL’s mission is to engage the brightest minds in local government by providing timely and relevant content through podcasts, blogs, webinars, social media and conference gathering, with the objective of fostering authentic and meaningful connections that are grounded in practices of equity and inclusion.