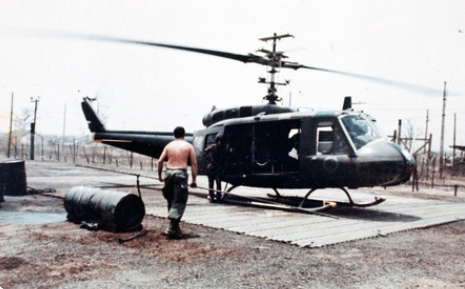 By BETH DOW, Solutions by Beth

I am a proud Army brat!

Daddy only spent a little over a year in Vietnam, but just like many others who served there, the long-term health effects lasted throughout his life.  We used to refer to it as “Agent Orange, the gift that keeps on giving.”

By the end of my daddy’s life, he had been diagnosed with heart disease, COPD, prostrate cancer, bone cancer, diabetes, Lou Gehrig’s disease, and kidney failure, in addition to a multitude of skin lesions and chronic sores on his hands and feet.    Thankfully, his medical bills were covered 100 percent because his health problems were deemed to be “presumptive diseases of Agent Orange exposure.”

We were lucky.  We knew about Agent Orange and the effect exposure could cause.  But as I work with seniors and their families, I find that there are veterans out there who haven’t considered their current medical condition could be linked to Agent Orange exposure.  Many assume that unless they fought in the jungles of Vietnam, they would not qualify.

If you or a loved one was in Vietnam between the dates of January 9, 1962, and May 7, 1975; or, in the Korean DMZ between September 1, 1967 and August 31, 1971; or, served aboard a U.S. military vessel that entered the inland waterways of Vietnam; or, served aboard a vessel operating not more than 12 nautical miles seaward of the demarcation line of the waters of Vietnam and Cambodia; or, if you or a loved one was exposed to herbicides in a location other than Vietnam or the DMZ – such as by loading, transporting, or storing them while serving in the U.S. Armed Forces; or, veterans who operated from Royal Thai Air Force (RTAF) bases near U-Tapao, Ubon, Nakhon Phanom, Udorn, Takhli, Korat, and Don Muang, near the airbase perimeter anytime between February 28, 1961 and May 7, 1975, they may qualify.

Agent Orange exposure doesn’t just affect the veteran. Exposure has been associated with birth defects such as spina bifida, and other brain and nervous system disorders.

For more information contact VA.gov.  On a side note, Armed Forces Day is May 21st.  Thank you to all those who are presently serving and those who have served this great country of ours.

Beth Dow is a Dementia and Alzheimer’s Educator, CAEd and Geriatric Care Manager. Readers can contact her at [email protected]