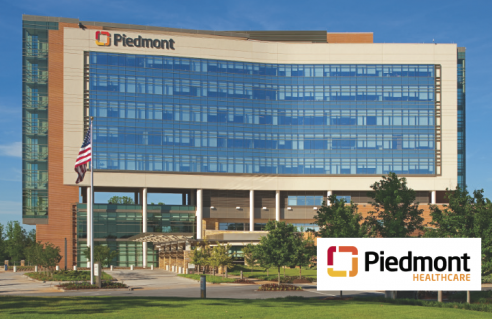 Piedmont Heart Institute, Piedmont Healthcare’s nationally recognized heart and vascular program, has hired six cardiovascular specialists as part of its commitment to expand access to these critical sub-specialties. One of the six – Sujith Kuruvilla, M.D. – will work in Fayette and Coweta Counties.

Five of the physicians will practice out of Piedmont Atlanta, the system’s flagship hospital, while the other will be based out of Piedmont Heart of Fayetteville, Newnan and Sharpsburg. The Marcus Tower at Piedmont Atlanta opened on July 15, ahead of schedule, as part of Piedmont Healthcare’s response to the COVID-19 pandemic, and incorporates the latest technology and larger patient rooms to provide for enhanced care and patient experience. The tower was made possible through an initial donation of $75 million from Bernie and Billi Marcus via The Marcus Foundation. Local philanthropists Brett and Louise Samsky and their son Connor have made an $18 million donation to establish the tower’s Brett and Louise Samsky Lobby and the Samsky Invasive Cardiovascular Services Center. As part of the Marcus Foundation gift, Piedmont made the pledge to expand access to cardiovascular services.

“By adding these talented physicians, we are able to provide greater access to heart and vascular care for Piedmont patients throughout the state of Georgia,” said Charles L. Brown III, M.D., CEO of Piedmont’s Physician Enterprise. “Because of the generous philanthropic gifts we have received and as a result of our commitment to be a national leader in this area, we are able to expand our cardiovascular services and make a positive difference in the lives we touch.”

The following physicians will have joined Piedmont Heart by the end of August:

Andrew Maloney, M.D. – (thoracic surgery) joined Piedmont Heart Thoracic Surgeons in Atlanta on July 20, most recently from Lenox Hill Hospital in New York where he was a Robotic Thoracic Surgery Advanced Fellow. He received his medical degree from Brody School of Medicine at East Carolina University and trained at Virginia Commonwealth Health Systems and the University of Utah.

Sujith Kuruvilla, M.D. – (general cardiology and advanced imaging) joined Piedmont Heart of Fayetteville, Newnan and Sharpsburg on August 3. Dr. Kuruvilla was most recently assistant professor of cardiology at University of Pennsylvania Hospital and VA Medical Center in Philadelphia, where he served as director of Advanced Cardiac Imaging. Dr. Kuruvilla received his medical degree from Christian Medical College in Vellore, India.

Rajeev Singh, M.D. – (advanced heart failure) joined the Samsky Advanced Heart Failure Center on August 3. He recently completed his advanced heart failure and transplant fellowship at Washington University/Barnes-Jewish Hospital Consortium in St. Louis. He received his medical degree from Indiana University School of Medicine in Indianapolis and trained at the University of Texas, Southwestern in Dallas and at Krannert Institute of Cardiology in Indianapolis.

Ammar Tahir, D.O., (general cardiology) will join Piedmont Heart in Atlanta in November. Dr. Tahir is currently chief cardiology fellow at Advocate Illinois Masonic Medical Center in Chicago. He earned his medical degree from the University of Ohio and trained at the University of Chicago (Northshore).

Piedmont Heart Institute is a top destination for cardiovascular care, ranking in the top 5 percent in the country, and is the only program in Atlanta consistently recognized with the Cardiac Care Excellence Award from Healthgrades – a mark of quality it has earned for 11 years. Piedmont also is an international leader in cardiovascular research enabling patients access to innovative therapies earlier and not available elsewhere.

For more information about donating, you may visit betterpiedmont.org.