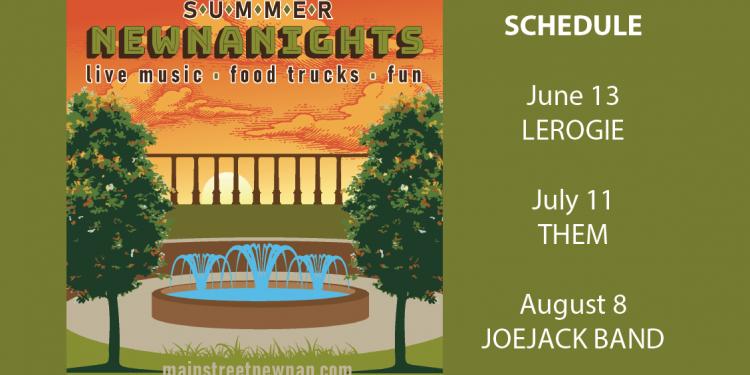 Main Street Newnan will host its annual Summer NewnaNights series the second Thursday during the months of June, July and August.

This free event will be held at the Greenville Street Park from 6-9 p.m.

Each series will showcase a different performer and music genre. The first concert kicks off June 13 with Lerogie, a guitarist/singer/songwriter that draws from all genres of music, and who has been performing in the Atlanta area since he was 12 years old.

On July 11, THEM, a band of brothers from other mothers who want nothing more than to play good music for people, will take the stage performing rock and roll, pop rock, classic rock, and blues.

Closing the series on Aug. 8 will be the JoeJack Band, a rock ‘n roll duo that puts on a high energy show with the sounds of the pioneers of rockabilly will take the stage.

Food trucks will be on site to purchase food, as well as a small artisan market. Some downtown businesses will stay open late during the series to feature specials and promotions for shoppers and guests.