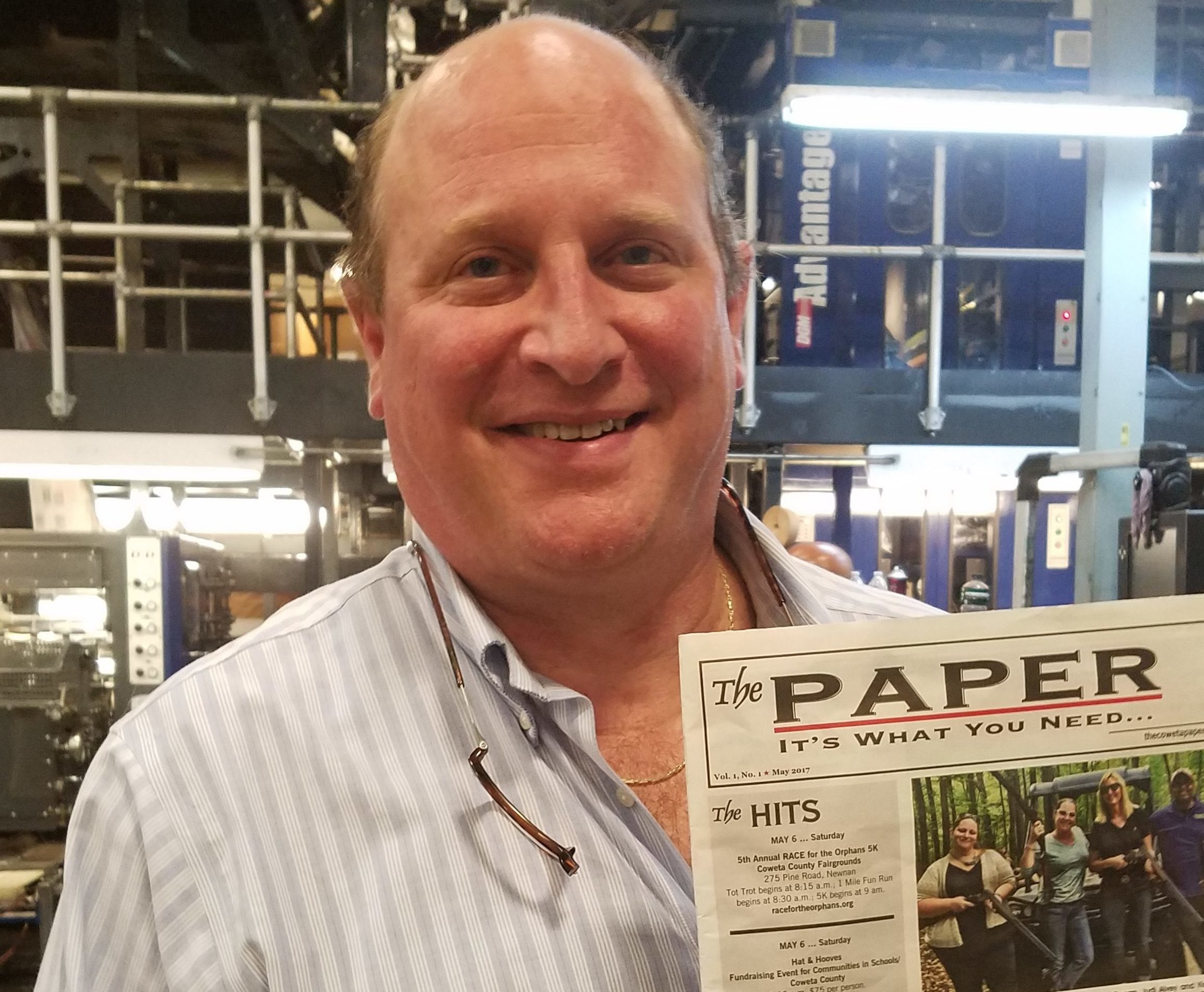 Let’s make today so awesome that yesterday gets jealous

The Newnan-Coweta Historical Society (NCHS) will be hosting its own version of the PBS program, “Antiques Roadshow” on July 15 at the Historic Train Depot on East Broad Street in downtown Newnan. The event, “Trash or Treasure —  What’s in your Attic” will run from 10 a.m. to 5 p.m.  Appraisers and specialists will deliver the talks and offer background information while revealing the worth of entries submitted.

Hendrick Automotive Group plans to open a Honda dealership in the spring of 2018. Groundbreaking was held in June and the dealership will be located on Newnan Crossing Bypass near Cancer Treatment Centers of America.

A new restaurant, Knife and Stone, will soon be opening at 32 Perry Street in downtown Newnan. The restaurant, located in the former Christy’s Cafe location, will focus on “smoke and fire” flavors in what is expected to be a casual, fine dining atmosphere.

When we master time travel, the five-second rule will be irrelevant.

Barbeque lovers are crying. Heavy’s, located at 10 The Boulevard in Avery Park, said they are shutting down. “Regretfully, after one and 1/2 wonderful years, Heavy’s – Newnan, GA will be closing its doors today (June 6). We are very grateful to everyone that supported us. As they say, when one door closes, another opens. So stay tuned for what’s next! Thank you once again for your support,”  the restaurant said on its Facebook page.

So we have to give credit to the NTH for the best headline of the month: “Woman blames witchcraft for shooting, arson.” According to the story, Lindsey Deeanne Wells showed up at a home, thinking it belonged to her cousin. She then fired a couple of rounds into the house, and attempted to start a fire using lighter fluid. Something about a spiritual cleansing we guess.

Filming to the sequel to Bad Moms was held at Sky Zone. The hit comedy follows the moms from the first film as they spend time with their own mothers. The film stars Mila Kunis, Kristen Bell and Kathryn Hahn. Susan Sarandon, Christine Baranski (“The Good Wife,” “The Big Bang Theory”)  and Cheryl Hines (“Curb Your Enthusiasm”) play the moms of the “Bad Moms.”

Claire Hanna, of Newnan, is working as a student intern this summer with Newnan-Coweta Historical Society. She is currently a junior at the University of Georgia in Athens where she is pursuing a bachelor’s degree in history and a certificate in historic preservation. Her primary summer project with Newnan-Coweta Historical Society involves updating information from a heritage education curriculum gathered in the 1980s.

Those who live in the past limit their future

Main Street Newnan will host a weekly summer event series downtown on the South Court Square on Thursdays. The Summer NewnaNights runs from 6-8 p.m. and features family-friendly entertainment and music. The square also will include games, rides, and vendor booths.

If a race was to finish in Finland, it would literally be a race to the Finnish line.

he Newnan Carnegie Library will be presenting “Adulting 101,” a series of financial programs to help adults navigate life in their early 20’s and beyond. The program began in June and the next one is July 18, at 6 p.m., titled “managing your budget.” Registration is required for these programs.

Snoutband – Someone who constantly interrupts a conversation to correct or contradict the person speaking. Basically, a pretentious know-it-all.

A new Wendy’s is expected at the corner of Fischer Road and Highway 34. The new hamburger chain should open in about four months.

A new motel complex – Sleep Inn and Main Stay Suites, is set to begin at 3 Amlajack Boulevard, right behind RaceTrac on Hwy. 34. Reports said the four-story development will have 60 rooms and is estimated to cost $3.2 million. Opening is slated for next summer.

A man who wants to lead the orchestra must turn his back on the crowd.

Chattahoochee Bend State Park will be seeing some new construction. Ten adventure cabins are planned for the park, one of the state’s largest. The cabins will have two bedrooms and a large living-room space. The park currently has 51 campsites, one Adirondack camping area, two picnic shelters, and 11 walk-in camping sites. Chattahoochee Bend is one of Georgia’s largest state parks and is situated along five miles of protected river frontage on the Chattahoochee River. Park goers can explore more than six miles of wooded trails, enjoy fishing, kayaking, and many other activities in the nearly 3,000-acre park.

Old cars lovers were out in full force as more than 120 vintage cars came through and stopped in downtown Newnan for a lunch break. The Great Race contestants were on a multi-day, 2,300 mile trip from Jacksonville to Traverse City, Mich.

Torrid, a fashion store focusing on plus-sized trends in jeans, tees, swimwear and other clothing, is coming to Ashley Park Shopping Center. The store will be located next to Dillards. Torrid has more than 500 stores across the U.S. and Canada.

We had to read this twice, maybe three times. Sen. David Perdue, R-Ga., said the Senate might just have to pull the plug on its annual August recess. Why? They’ve got too much work to do. Things like dealing with Obamacare, budget, tax code, and debt load. “The norms of Washington—including a month-long recess—must never stand in the way of our efforts to act on the people’s priorities,” he said. “Making America great again requires a substantial time commitment. It requires prioritizing national interest over self-interest. It requires a willingness to work through the weekends and make sacrifices when necessary.” Actually work for your pay? Now that’s a novel idea.

Downtown Newnan held its first NewnaNights recently. Despite a rather dreary day with rain, the event went on. There were food trucks and live music – it’s an event we hope gets better each time. Check our calendar for the next NewnaNights.