The benefits of crossword puzzles 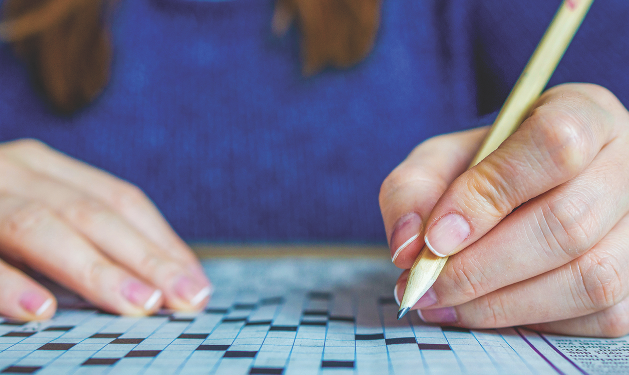 FYI … Looking for a Crossword Puzzle book? Or what about others like Word Searches, Sudoku or even coloring books? Arnall Grocery Company in downtown Newnan recently got a huge shipment in. Check it out on their Facebook page.

Crossword puzzles are one of the most popular pastimes in the world.

Crosswords are square grids made up of white- and black-shaded squares. The goal is to fill in all of the letters to form words and phrases that work both vertically and horizontally. The grid varies based on the country of origin. Certain grids also have 180-degree rotational symmetry so that the pattern appears the same if the paper is turned upside down.

Historians are uncertain about who created the world’s first crossword puzzle, although it is believed to be something that originated in the 19th or early 20th century. Arthur Wynne, a journalist from Liverpool, England, published a word-cross puzzle in the New York World that had many of the features of the modern game, and the crossword is frequently attributed to Wynne.

Even though crossword puzzles have been entertaining and helping people pass the time for more than 100 years, the benefits of crosswords go beyond boredom-busting. Various studies have shown the positive effects crossword puzzles can have on a person’s brain and capacity to learn.

• Strengthens memory: The more frequently participants engage with word puzzles, the better they can perform tasks that measure attention, reasoning and memory, according to a study from the University of Exeter Medical School and Kings College London. The study found people who play crosswords have brain function equivalent to those 10 years younger than their actual age.

• Improve socialization: Crossword puzzles can help you connect socially with others who also play crossword puzzles. Solving a puzzle together as a group is a fine way to connect and meet new people.

• May help prevent brain diseases: According to the Alzheimer’s Association, research indicates keeping the brain active seems to increase its vitality and may build reserves of brain cells and connections. In addition, those who keep their minds active may have lower amounts of a protein that forms beta amyloid plaques attributed to Alzheimer’s disease.

Crossword puzzles can fill empty hours with an entertaining and educational activity. However, there are many other benefits to doing crossword puzzles that may surprise even the most ardent puzzle enthusiasts.

Home Helpers salutes its 2020 Caregivers of ...