The Bookmark: Reading can create so many possibilities 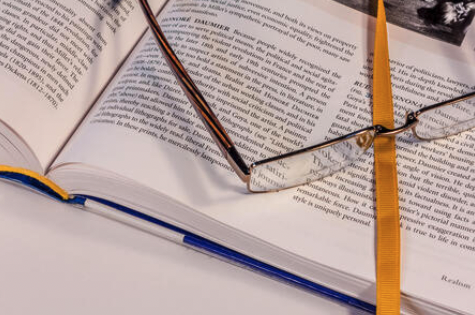 By JIMMY BASS, Special to The Paper

“The Possible’s Slow Fuse is Lit by the Imagination.”  – Emily Dickinson

It is hard to be creative or imaginative without the right toolbox, much like it is hard to build a house without a hammer and nails. What then goes into the toolbox for the person who creates … whether it is art, literature, architecture, software, technology, etc.?

Elon Musk is certainly in the news and whatever your opinion is of him, a quote of his certainly got my attention. He was asked how he knew so much about rockets, to which he replied “I read a lot of books.”  He also claimed that when he left South Africa for the United States he had a small bag filled mostly with his favorite books. And may I say Possibilities???

Our summer reading theme at the Coweta County Public Library System is Oceans of Possibilities. Sign-up begins in late May and the program runs through July. We will have a Summer party on Friday, July 22 from 5-8 p.m. at the Central Soccer fields so mark your calendars.

When I think about this summer, I like to imagine that we will set new records for hours read, sign-up, and program attendance. Even more so, that the county’s citizens converge on the libraries in such a way that staff is completely worn out and leaves work with no energy but wearing big smiles on their faces. These are grandiose wishes but Mr. Musk did grow up to build rockets! Mark Cuban, a household name due to the show Shark Tank, created his own company and now owns, among other things, the Dallas Mavericks basketball team. He calls reading his “competitive edge” and says everyone else has access to the same information but “most people don’t want it.” His toolbox stays full.

Who does not want to be everything that they can be? Professional athletes use scouting reports, musicians use sheet music and theory, teachers use research, doctors study cases, and it goes on and on. It is clear … many successful adults read a lot when they were children and continue to do so.  Oprah Winfrey said, “books allowed me to see a world beyond the front porch of my grandmother’s shotgun house.” Reading built her imagination, which allowed her to envision possibilities beyond her modest start in life and thus light the fuse of possibility. I would say her fuse could start one of Mr. Musk’s rockets!

One of the things I love about my job is I get to see thousands of fuses lit by children, teens, and adults on a daily basis, but especially during our summer reading contests and programs. We do not just check out books at the library, we help fill the toolbox of imagination and the possibilities are limitless.

Jimmy Bass is director of the Coweta Public Library System. He also plays a mean guitar and sings at local venues.