The Film Fix: What’s in Theaters, Streaming in June 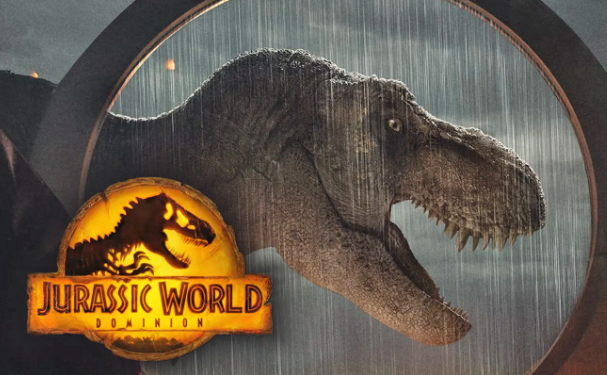 Jurassic World Dominion (June 10) – Hopefully, the “Jurassic” franchise will right the ship after veering off in the lack-luster last installment. Director Colin Trevorrow (who gave us “Jurassic World”) pulls out all the stops, and with him are series regulars Sam Neill as Alan Grant, Laura Dern as Ellie Sattler, and Jeff Goldblum as Ian Malcolm.

Four years after the dinos’ escape in “Fallen Kingdom,” humans are forced to co-exist with their fellow apex predators. Of course, this means chaos as the world is reshaped to accommodate this new invasive species. Trailers hint at a post-apocalyptic storyline. Chris Pratt returns as Owen Grady, and Bryce Dallas Howard continues to play his on-again-off-again romantic interest, Claire Dearing. Can their prior experiences help overcome the dangers that threaten the planet?

Television actor Austin Butler gets his breakout role by playing Elvis in the movie. The trailers give us a glimpse at Butler’s transformation, as Elvis draws on his childhood experiences at church tent revivals to create his controversial hip-shaking stage presence. Tom Hanks transforms, as well, into Elvis’ infamous manager, who helped gain the star’s early recording contracts.

Advanced buzz out of Cannes was very positive about this one. Most critics praised Luhrmann’s energetic approach to the material. And given the nature of the subject, a jaunty, colorful approach seems utterly appropriate. But be prepared, “Elvis” clocks in at an epic 2 hours and 39 minutes.

Lightyear (June 17) – After our battle with COVID relegated Pixar offerings to the Disney+ streaming platform, “Lightyear” looks to a theatrical release to reassert the power of the award-winning animation studio. “Lightyear” is an unusual spin-off from the “Toy Story” franchise. The film tells the backstory of the hero that inspired the Buzz Lightyear toy.

The trailers tease an intergalactic adventure in which Buzz battles aliens on what appears to be another planet in an attempt to save his fellow astronauts. The MCU’s Captain America actor Chris Evans voices Buzz in the movie. As we all know, Tim Allen was the voice of the toy version of the character throughout the “Toy Story” installments.

The Black Phone (June 24) – When director Scott Derrickson left the “Doctor Strange” sequel to be replaced by director Sam Raimi, he embraced his horror roots (see his 2012 film “Sinister,” for example) in taking on “The Black Phone.”

Shot during the pandemic, the film is an adaptation of a short story by Stephen King’s son Joe Hill (see “Locke & Key”). This creepy entry comes from Blumhouse Productions, the producers responsible for launching “The Purge” franchise, rebooting “Halloween,” and producing the significant dramatic projects “Whiplash” and “BlacKkKlansman.”

“The Black Phone” thrilled and frightened viewers at Fantastic Fest last year. The story concerns the abduction of a 13-year-old boy named Finney Shaw (Mason Thames) by a man known as The Grabber (a scary Ethan Hawke). Finney is held in a soundproof basement. But when a disconnected phone mysterious begins to ring, Finney receives help from spirits beyond the grave. The Grabber’s former victims are determined to prevent Finney from experiencing their fate. The trailers promise a bloodcurdling combination of chills and action.

Stranger Things (streaming now) Fix Rating: 7/10 – The fourth season of Netflix’s blockbuster series needs three deliberately paced episodes to reacquaint viewers with the “Stranger Things” universe. After all, the last season dropped way back on July 4, 2019. Therefore, it will take time for viewers to fully embrace and remember the events in Hawkins that brought the kid heroes to season 4.

Following season 3’s “Battle of Starcourt,” the team splits up with Eleven (Millie Bobby Brown), joining Joyce Byers (Winona Ryder) and her sons Jonathan (Charlie Heaton) and Will (Noah Schnapp) in California. Once there, Eleven has problems assimilating into everyday teenage life without her superpowers. The high school trauma she experiences is very much akin to something from the pen of Stephen King (see “Carrie”). She’s helped by the sensitive Will, who walks around on tenterhooks.

Meanwhile, a new supernatural threat from the Upside Down world has emerged back in Hawkins. This new terror is one of the most horrifying creations yet from show creators and writers Matt and Ross Duffer. And in keeping with their throwback to the 1980s approach, this season features some of the most gore-infused moments to date.

The Duffers’ more mature approach is consistent with the story arc of the characters, who audiences have followed since 2016. Viewers, too, have grown up with Eleven, Mike Wheeler, Dustin Henderson, Lucas Sinclair, and Max Mayfield. And while they are dealing with some distinctly adult situations, they still retain much of their newly minted teen sensibilities.

This relative immaturity makes the kids’ reactions to impossible conditions and circumstances feel authentic while still a part of the more considerable supernatural experience. These young faces still manage to engage us (me as a parent) with their dangerous plight.

And as spoiled in the trailers, Hawkins’s sheriff and selfless protector, Jim Hopper (David Harbour), is still very much alive, having been assumed dead in a previous season. His return is gritty and sets the stage to expand “Stranger Things” to an entirely new location outside the United States. The Duffer brothers take advantage of nostalgic elements, including the Cold War conflict of the time.

“Stranger Things” season 4, part 1, gives us seven episodes that help to explain more about Eleven’s origin and purpose. The episodes are nearly feature film in length, with episode 7 clocking in at 98 minutes. Look for the second part to drop on July 1, 2022, with what is likely two feature films that should help to pull together the somewhat disjointed narrative threads introduced in this season.

Ms. Marvel (June 8, with episodes released weekly) – MCU fans will have to wait another month for the July 8th release of “Thor: Love and Thunder.”  And with “Doctor Strange in the Multiverse of Madness” beginning to wan at the box office (as “Top Gun: Maverick” took over), “Ms. Marvel” will weekly deliver its six episodes throughout the month and into the next.

Consistent with the introduction of the MCU’s first Egyptian superhero in “Moon Knight’s” Layla El-Faouly (May Calamawy), “Ms. Marvel” gives us the universe’s first Muslim super in Kamala Khan (Iman Vellani). The story has the New Jersey-based Pakistani-American Khan acquiring and learning to use her unique powers that enable her to shift and change the shape of her body. Naturally, she must battle the forces of evil as she hones her talents.

Father of the Bride (June 23) – This is a Latin adaptation of the enduring story first on the screen in 1950. Andy Garcia plays Billy, a father dealing with the ups and downs associated with his daughter’s upcoming wedding. Viewers should be familiar with the playbook here; however, this new spin includes seeing the events from the Cuban-American perspective. Gloria Estefan is also in the cast.

Westworld (season 4) (weekly episodes begin June 26) – The Michael Crichton-inspired story continues with season 4. After the sentient android Dolores (Evan Rachel Wood) escapes into the real world in season 3, her power only appears to increase in this installment. Meanwhile, fellow self-aware robot Maeve (Thandiwe Newton) goes on her own journey of enlightenment. The question is: whether there is room for the human race in a world controlled by living machines?

Physical (season 2) (June 3, with new episodes weekly) – Last year, Apple found themselves with a minor hit in “Physical.”  And I loved it! The 1980s set series follows a housewife named Sheila (a perfect Rose Byrne) searching for something productive in her life. When she stumbles upon an aerobics school at her local mall, she insinuates herself into the business. Finding a passion for aerobics instruction that matches her entrepreneurial spirit, Sheila begins to build an empire of sorts threatened by criminal and chauvinistic elements of the time. The trailers tease the return of actor Paul Sparks (see “House of Cards”) as conservative mall owner John Breem, who became Sheila’s covert supporter in season 1.

The Boys: Season 3 (streaming now) Fix Rating 8/10 – I’ve got a soft spot for this often profane and violent take on the superhero genre. Led by a hero known as Homelander (Antony Starr), the hero group called the Seven does some good while also hurting innocents. The collateral damage gives voice to the opposition, manifested in mercenary Billy Butcher (Karl Urban), who has a personal vendetta against Homelander. The story brings us fully into the tilted and dangerous world of the supers.

Season 3 picks up where the last season left us, following the battle with neo-Nazi supervillain Stormfront (Aya Cash). The mentally disturbed Homelander is still in control of the team, but he’s been reigned in a bit by a controlling corporation headed by Stan Edgar (“Breaking Bad’s” Giancarlo Esposito). Meanwhile, Butcher’s partner Hughie (Jack Quaid) has taken a government job while also dating Starlight (Erin Moriarty).

Further exploring the dangers of persons with superhuman abilities while also diving into the relationships between sups and humans, “The Boys” is an irreverent series that isn’t for younger viewers.

Facing Nolan (In limited theatrical release) Fix Rating: 7/10 – This handsomely made biography of legendary baseball strikeout king Nolan Ryan is all-encompassing to a fault. While all the elements are there, the film plays more like a highlight reel than an examination of Ryan’s prowess and mental fortitude. If you want to know what made this pitcher great, fans get some answers. However, the guarded nature of the film’s subject leaves some aspects of his career on the cutting room floor.

Ryan is the best pitcher never to have won baseball’s Cy Young award. He never got his due despite his impressive stats (he still holds 51 records, including the most no-hitters and most career strikeouts). This fact is handled in the film, but exactly why he wasn’t respected by the members of Baseball’s Writer’s Association of America is somewhat of a mystery. The journalists interviewed by director Bradley Jackson (a prolific producer) are relegated to delivering glowing platitudes about Ryan instead of diving into the politics of the time.

And Ryan’s pitching abilities are continually praised throughout the film, but the techniques that gave him his dominance are not fully explored. We do get a mention of Ryan working with a pitching coach once he was in the majors, and while it’s stated that he improved his delivery, we get little else about the pitching process that Ryan perfected.

Jackson gives us humorous stories from the famous batters that faced the towering man on the mound. And Ryan’s longevity is rightfully lauded, bringing the film’s most emotional moment when he’s forced to retire after an injury on the field. “Facing Nolan” is a great deal of fun, but as a former pitcher myself, who idolized the man in the 1980s, I wished that we’d heard more details about his philosophy and technical wizardry and less about the results of his efforts.

The Bookmark: Reading can create so many ...