The Film Fix: A look at Joker, plus what’s streaming 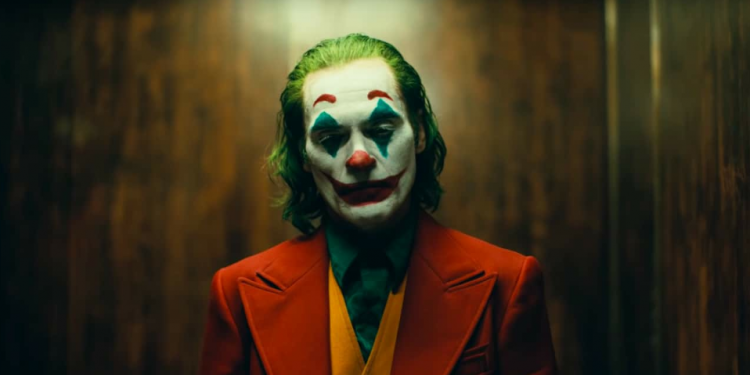 Joker
Originally, hot off its Golden Lion win at this year’s Venice Film Festival, the question was whether “Joker” could compete for the Oscar.  But as news stories swirled following the end of its festival run, the focus turned to whether the film’s message was potentially dangerous.

Critics, like Indiewire’s David Ehrlich have pointed out that the film might be a “toxic rallying cry for self-pitying incels.”  Regardless, there’s no question that Joaquin Phoenix’ portrayal of the title character will likely land him a nomination in the best actor category, but given the backlash, whether voters will endorse the comic book inspired feature for the top award is another thing altogether.

“Joker” is about the events that formed the mysterious villain that torments Gotham City.  It traces his rise from troubled comic to mega criminal. Robert De Niro plays a late night talk show host reminiscent of Jerry Lewis’ role in Martin Scorsese’s “The King of Comedy.”  And the homages don’t end there, many have already pointed out similarities to Scorsese’s other classic “Taxi Driver.”

Trailers for the film tease the continuation of “Breaking Bad,” the landmark television series, which ended in 2013.  Focusing on Jesse Pinkman (Aaron Paul) and his escape following the shoot-out that ended the original series, “El Camino” has fans buzzing.  Billed as a Netflix event, such a promise is not an overstatement. The final trailer has amassed over 10 million views online, and frankly, any fan should get a sizable lump in their throat watching it.

While the show’s creator, Vince Gilligan, is back as the director and writer, one wonders what other characters we will see.  Netflix has been understandably tight lipped about the story as the release date nears. I suspect that this one won’t disappoint.

While the reboot of a famous and beloved TV series hits Netflix, another highly regarded star from the past reemerges on the platform.  Eddie Murphy stars in “Dolemite is My Name.” The film, directed by Craig Brewer (see “Hustle & Flow”), has Murphy playing actor Rudy Ray Moore, who found fame with 1975’s action/comedy “Dolemite.” The film chronicles the origin of that production.  Not only do we see the return of Murphy, but Wesley Snipes plays director D’Urville Martin in the film, as well.

Finally, writer/director Stephen Soderbergh continues his relationship with the streamer with “The Laundromat,” which is already available to watch.  The star-studded affair has Meryl Streep as a widow investigating a pair of lawyers (played by Gary Oldman and Antonio Banderas).

Movie to Avoid: Charlie’s Angels: Full Throttle (October 1) – With the reboot of the franchise hitting theaters in November, you might be tempted to revisit the two films from the 2000s.  Do yourself a favor and stop after taking in the original series and “Charlie’s Angels (2000).”

AMAZON
Bingeable Series Select: Modern Love: Season 1 (October 18): October might seem to be an odd time to launch a series about true love, but Amazon is hoping that in this spooky month, a little counter-programming could prevail.  This ensemble based on a New York Times’ column features eight stories about relationships. The cast is pretty impressive with Dev Patel, Anne Hathaway, Tina Fey, Catherine Keener and others.

Horror Movie Selects: Annabelle Comes Home & Midsommar (“Fix” ratings to both films) – One thing that distinguishes Amazon from Netflix and Hulu is the ability to rent films that might otherwise not be available.  And a couple of potentially scary recent releases available include the “Conjuring” spinoff “Annabelle Comes Home” and the grueling “Midsommar.” The “Annabelle” franchise entry is the most accessible of the two, and should be fine viewing for most audiences.

Whereas “Midsommar” is a very disturbing movie that will not be for all tastes. If you found director Ari Aster’s truly frightening and unnerving 2018 film “Hereditary” up-your-alley, then “Midsommar” is a must see.  “Conjuring” completists have to taken in “Comes Home.”

HBO
Watchmen: Season 1 (October 20) – Shot locally, this series, that is inspired by the iconic graphic novel, looks amazing. The story is set in an alternate reality, where troubled superheroes are treated as outlaws.  Created by Damon Lindelof (see “Lost” and “The Leftovers”), trailers have revealed complex world-building that promises to transcend the genre.

HULU
Horror Selects: Little Monsters (October 11) & Castle Rock: Season 2 (October 23) – The zombie comedy “Little Monsters” made its premiere at this year’s Sundance Film Festival.  The film follows a teacher (played by Oscar winner Lupita Nyong’o), who has to protect her students from a growing zombie menace.  Josh Gad plays a musician, who isn’t interested in helping her, but might have to anyway. Trailers look like this one might a great bit of self-aware fun.

Season 2 of “Castle Rock,” the Stephen King inspired series, returns with Lizzy Caplan playing Annie Wilkes, the character formerly played by Kathy Bates in the 1990 film “Misery.” Tim Robbins is also a part of the series that gives us a deeper dive into the  disturbing side of the scary Wilkes.

First Love (October 4) – Fix Rating 7/10
Japanese filmmaker Takashi Miike’s version of Asian extreme cinema is legendary—see 2001’s “Ichi the Killer.” While the excessive blood-letting and carnage in his films can be off-putting, the guy keeps perfecting his craft.  Last year, I reviewed his “Blade of the Immortal,” which was called his one-hundredth film—that’s one hundred movies! “First Love” continues his penchant for violence, but it employs a much more palatable approach, and, along with “Blade of the Immortal,” the film might be a good way to dip your toe into all things Miike.  “First Love” follows a young boxer who protects a prostitute from a criminal organization. It’s an over-the-top action-packed crime film that delivers.