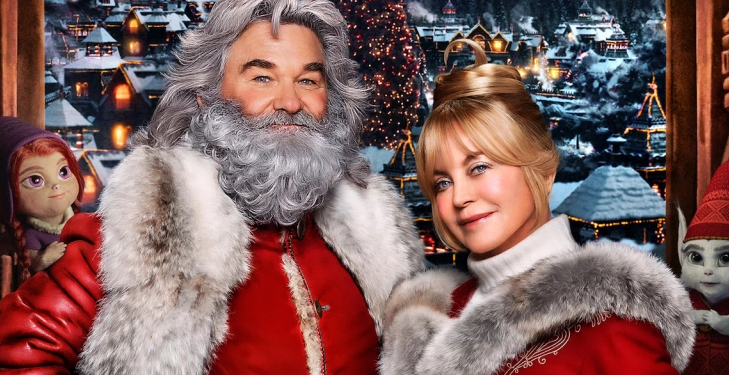 Let Him Go (November 6): This dramatic crime thriller should whet the appetite of older viewers who fondly remember the days when Kevin Costner could open a widely released theatrical feature. Ironically, the COVID epidemic might put him back at the number one spot because “Let Him Go” will find little competition at what theaters are open.

Directed by Thomas Bezucha (see his Christmas set “The Family Stone”), “Let Him Go” finds Costner playing a retired sheriff named George, whose son dies, leaving a grandson behind. When he and his wife (played by the great Diane Lane) go looking for the boy, they encounter the Weboy family led by the menacing matriarch Blanche (a wicked Lesley Manville).

Look for this potboiler to get violent and emotional. The cast includes “Burn Notice’s” Jeffery Donovan as one of the Weboys who isn’t likely to go quietly.

Saved By the Bell (November 25): The Peacock streaming service that offers ad-supported/free content caught on well when it launched in the crowded marketplace. But it’s original programming has been hit and miss, as the high-end “Brave New World,” for example, ended after just one season. Going back to the well, so to speak, the reboot of “Saved By the Bell” ought to give the platform a boost.

Bringing back some of the beloved characters from the series that ran from 1989 through 1992, Bayside High is again the focus of good-natured shenanigans. After almost 30 years, Jessica (Elizabeth Berkley) and Slater (Mario Lopez) now work at the school, and Zack (Mark-Paul Gosselaar) has become California’s governor!

The Christmas Chronicles 2 (November 25): This sequel to the 2018 hit has Kurt Russell returning as Santa and he’s joined by Goldie Hawn naturally playing Mrs. Claus. This adventure in which Christmas must again be saved is directed by Chris Columbus (“Harry Potter and the Sorcerer’s Stone”).

The Princess Switch: Switched Again (November 19): Netflix has cornered the market on diverting holiday fare in recent years, and it should come as no surprise that 2018’s “The Princess Switch” gets another handling. Vanessa Hudgens pulls double (possibly triple) duty reprising her roles as Stacy De Novo and Lady Margaret. Stacy has to save the kingdom from a party girl interloper who might be a third look-alike up to no good this time around.

Hillbilly Elegy (November 24): The best-selling memoir by J.D. Vance gets the big-budget narrative treatment from director Ron Howard. The story follows Vance (played by Gabriel Basso) as he tells the story of his humble upbringing, military service, and eventual attendance at Yale law school. If this adaptation is half as good as the book, we’re in for something profoundly moving. Look for Oscar buzz for seven-time nominee Glenn Close, playing Vance’s fierce defender and tough grandma.

The Mandalorian – Season 2 (started on October 30): Launching Disney Plus on the back of this fine Star Wars series was enough to keep subscribers interested for many months. But without new “Mandalorian” episodes, the growth of Disney’s streaming service was in question, as new material was inconsistent.

Rest assured that the shift to streaming made necessary by the coronavirus will inevitably bring lots of quality programming in the new year (Marvel series aplenty). In the meantime, it’s up to season two of “The Mandalorian” to keep the momentum going. The trailer for this one teases more action and mystery as Mando (Pedro Pascal) continues to be one step ahead of the New Republic with The Child as his constant companion.

Lego Star Wars Holiday Special (November 17): No self-respecting fan would miss a holiday special involving the “Star Wars” universe, right? Since this idea played out so well back in 1978, Disney has to give it a go in 2020. I’m hoping that the “Lego” version is just as disturbing as the much-maligned, infamous television disaster.

Happiest Season (November 25): Actress turned writer/director Clea Duvall gets a big boost with the casting of Kristen Stewart and Mackenzie Davis (see “Terminator: Dark Fate”) playing a couple in this holiday-themed romance. The story has Abby (Stewart) intending to ask Harper (Davis) to marry her around a Christmas dinner, when to her horror, she discovers that Harper’s family doesn’t know she’s gay.

The Flight Attendant (November 16): Count me in for this eight-episode series starring Kaley Cuoco (see “The Big Bang Theory”). She plays a flight attendant named Cassie whose whirlwind romance with a mysterious man (played by Michiel Huisman from “Game of Thrones”) ends in his strange murder. Cassie can’t remember what happened during their brief encounter and now must dodge the authorities while trying to find out the truth. This one looks steamy and a lot of fun.

Buddy Games (November 24): This one looks completely unhinged. “Buddy Games” is directed by actor Josh Duhamel (see the “Transformers” franchise) in his feature debut behind the camera.

The ridiculous story has a group of old friends reuniting to play the Buddy Games. The competition has the guys taking part in crazy physical and mental activities, many of which appear to be profane. This exercise in extreme slapstick and gross-out humor should have its moments.

But after enduring the trailer, I wonder if all the funny bits have already been spoiled. In addition to Duhamel, the cast includes Olivia Munn, Neal McDonough, Kevin Dillon, and Dax Shepard.

Coweta Board of Education Meeting set for ...

The History: Coweta’s most famous politician was ...