The Film Fix: Fast and Furious, Other big-screen releases in August 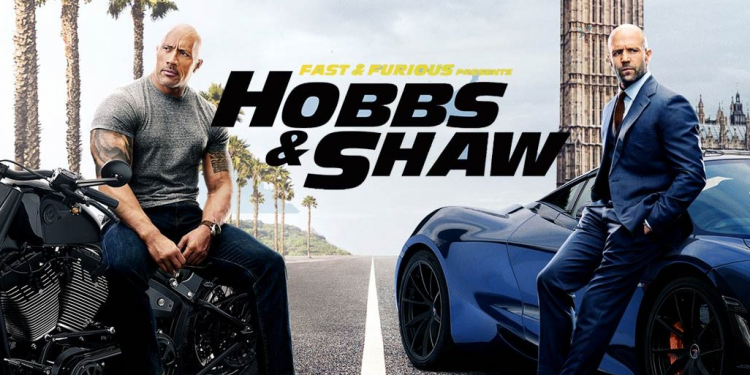 At one point in “Hobbs & Shaw” Hobbs (Dwayne Johnson), a worldwide, wanted fugitive on the run, magically manages to avoid a lengthy detention by airport security without incident. He tells the surprised Shaw (Jason Statham) something to the effect of, “what can I say, people just like me.” And it’s that self-aware, confident vibe that permeates the entire film, saturating it with likability in a way that few movies of recent vintage could ever hope to muster.

Having grown out of the “Fast & Furious” universe, “Hobbs & Shaw” is the inevitable result of the Marvel Cinematic Universe success. It’s a completely superhero inspired, ridiculous, righteously over-the-top fantasy that on paper has no reason to be as entertaining as it is. The personalities of its two leads, who share physicality but really little else, carry the movie from start to finish. And while the action sequences are extensive and, at times, eye-popping, they would be hollow but for the charisma of the cast.

The brooding, emotional, Statham, whose balletic fighting style has endured for going on two decades, is well-matched with the flashy, humorous Johnson, who’s the bull in any china shop. As Agents Hobbs and Shaw, they are thrown together to capture an earth-crippling super-virus, while battling the technologically enhanced Brixton (Idris Elba). Their third wheel is Hattie (Vanessa Kirby), an Mi6 agent, who just happens to be Shaw’s estranged sister.

When Brixton attempts to steal the mysterious super-virus, Hattie escapes with it, only to be framed by Brixton and his shadowy organization. Hattie is a crafty one and stays ahead of her pursuers until Hobbs is brought in. Naturally, this is where Shaw gets involved and the two tough guys square off throwing more verbal jibes than punches both of which land with entertaining wallops. While the numerous fight sequences are perfectly staged and executed with great skill, the constant banter between Johnson and Shaw is the film’s real highlight.

The stream of insults is continuous and good natured as the boys (used loosely, elder statesman Statham’s 52) battle the forces of evil with their fists and their foul, quick-witted mouths. The dizzying globe trotting is so ridiculous, that even the players make jokes about it. And Brixton’s incredible strength and agility, which is the product of technological enhancements, is like something right out of a Marvel film. This baddie can punch through steel and stop bullets with the palm of his hand, but when he fights the dynamic duo, his punches barely leave a permanent mark. It’s outlandish, but somehow, it works.

This Statham and Johnson show is a ludicrous, comedic actioner, and I want more.

Scary Stories to Tell in the Dark
Based on the children’s book series from Alvin Schwartz and with a screenplay adaptation co-written by Guillermo del Toro, “Scary Stories to Tell in the Dark” has been teasing clips and trailers for months. It’s about a group of teens who must survive a number of scary creatures taken from the pages of a book written by a tortured girl named Sarah Bellows (Kathleen Pollard). The book series, published in the 1980s, was aimed at middle school children and proved to be controversial for its gruesome content.

Dora and the Lost City of Gold
The popular kid’s cartoon comes to life as Dora (Isabela Moner) has to adjust to the normal rigors of high school after growing up with her adventurous, explorer parents (Eva Longoria and Michael Péna). When her parents are placed in danger, Dora and her new friends have to save them and unravel the mystery of the lost city of gold in the process. The trailers look like good-natured fun as elements of the cartoon are comically preserved—for example, Dora breaks the 4th wall. Benicio Del Toro gives voice to the pesky Swiper, and Danny Trejo voices Dora’s sidekick Boots.

The Angry Birds Movie 2
This the followup to the 2016 movie that was a surprising success. Based on the ground-breaking mobile video game hit from Rovio Animation, them angry, flightless birds took on the scheming pigs. This time around, the birds and the pigs are back at it. Voice talents include comedian Awkwafina, SNL alum Bill Hader, Danny McBride, Peter Dinklage, and Tiffany Haddish.

Good Boys
Word on this one is very good. It’s being pitched as a younger set “Superbad.” Starring Jacob Tremblay (“Room” and “Wonder”), the film follows three sixth graders as they try to make their way to a killer party while being hunted by teenage girls and carrying accidentally stolen drugs.

47 Meters Down: Uncaged
This is the followup to the surprise 2017 box office hit. Once again, sharks factor into the story of four teenage girls who get trapped by sharks while diving in underwater city ruins. Sharks never seem to get old, and the swift swimming killers in this film stalk the divers through a labyrinth of claustrophobic underwater caves.

Where’d You Go, Bernadette
From director Richard Linklater and starring Cate Blanchett, this story has a loving mother (Blanchett) taking a leap of faith after years of sacrificing for her family. She embarks on an epic journey in which she reconnects with her creative passions. I’ve heard good things about this one, and with Blanchett and Linklater, how could you go wrong?

Angel Has Fallen
Apparently, we can’t get enough of Secret Service Agent Mike Banning (Gerard Butler), who in this adventure gets framed for an attempted assassination of the President (Morgan Freeman), and has to outrun his pursuers while clearing his name. From the trailers, the third in the “Fallen” series features colorful, but no doubt familiar, action sequences. Given the relative competition at the box office, this thriller might manage one good weekend.

Ready or Not
With an attractive cast and a hip trailer, “Ready or Not” looks like an intriguing late summer sleeper. The premise is that on a wedding night, a bride named Grace (Samara Weaving) is introduced to her husband’s family and their terrifying game. Before she knows it, Grace is locked in a battle to survive as the in-laws will stop at nothing to kill her. While “The Most Dangerous Game” narrative might be old pat, this one looks like it’s got guilty pleasure potential.

Luz – 8/10
Stylish and fascinating, “Luz” is a unique viewing experience. The disjointed story has cab driver Luz Carrara (Luana Velis) wandering into a largely abandoned police station after having an accident. She is said to have leaped from her cab, but the officers who interview her are interested in more than a simple motor vehicle collision.

Meanwhile, in another location, a psychologist, Dr. Rossini (Jan Bluthardt), sits at a bar and drinks, while monitoring his beeper. He’s approached by an alluring and mysterious woman, who has information about Luz. In time, Rossini visits the police station and assists an officer named Bertillon (Nadja Stübiger) in an odd interrogation.

This is where weird things begin to get even weirder. Writer/director Tilman Singer delivers a strange mix of horror/mystery/thriller told in, at least, three languages (German, Spanish, and English). And while the narrative is of the bizarre variety, the images carry a grainy throwback feel (the product of being shot on 16mm film). As his debut, Singer certainly makes his mark with “Luz,” by calmly allowing his camera to sit on a wide master for minutes while the action transpires. His restrained visual approach in which the camera is locked down is in stark contrast to today’s frenetic shooting styles. I liked it, a whole lot.

The History: Early days of the Peniston ...