The Film Fix: What to watch this month on Netflix, Prime and Hulu 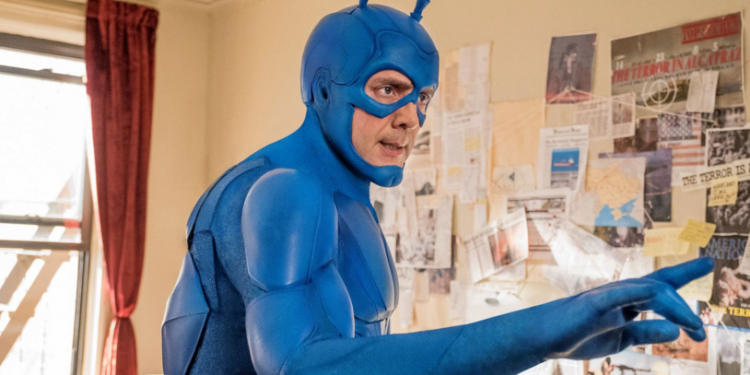 Below are reviews of both big-screen and streaming options you’ll have during the month of April.

Whether you read director Jordan Peele’s followup to 2017’s “Get Out” literally or see it as a fantastical metaphor, “Us” will provoke viewers to engage in much discussion. As a horror movie, “Us” proves to be more frustrating than scary, but it does succeed in eliciting a surface measure of thrills and chills.

The story is about the Wilson family, who are terrorized by a mysterious, fantastical collection of doppelgängers.  The film is unconventional and mysterious, taking us on a bloody and murderous ride. In time, the deadly doubles pour out into cities and towns throughout the country, and they are armed with a long pair of scissors at the ready.

Given Peele’s previous film, the socially conscious “Get Out,” it’s impossible to consider this one in a vacuum.  “Us” might be about class inequality, immigration, mental illness, or some kind of tilted riff on the internal conflicts within us all—a devil on one shoulder and an angel on the other.  No matter how you consider it, Peele has smartly not given us an easy to digest narrative. There’s no political ideology articulated. Race is never an issue. And there’s no overt mention of a grand corporate conspiracy at play.

But into this violent, apolitical narrative, Peele, who both writes and directs, hints at a mysterious “they,” who created and trapped deadly doubles hidden in underground complexes. The idea of a parallel society, a shade less than our own and intentionally oppressed, isn’t anything new to the metaphorical political and economic discourse.  It is, after all, the oppression that eventually bubbles over inducing change. And change hurts. “Us” is a movie that wants us to feel the pain.

What to Binge: She-Ra and the Princesses of Power: Season 2 (April 26) – The Filmation cartoon from 1985 was reborn on Netflix last year.  The reboot is newly subtitled “Princesses of Power” due to the number of princesses that make up something called the Princess Alliance.  The fresh take created by animation writer Noelle Stevenson is hipper and more youthful that it’s predecessor, and infuses the story with a snarky, tongue-in-cheek vibe.

What to Avoid: Terminator Salvation (streaming now) – With the latest “Terminator” film called “Terminator: Dark Fate” slated to be released in November of this year, it would be tempting to immerse yourself in all things Skynet related.  However, “Terminator Salvation” is the one that you probably should steer clear of. Director by McG, the film stars Oscar winning actor Christian Bale and “Avatar’s” Sam Worthington. The story, not likely to factor into the mythology of the upcoming sequel, tries to flesh out the backstory of the machines and introduces us to the cyborg model 101.

What to Binge: The Tick (Prime Original Series) Season 2 (April 5) – Readers know that I was a big fan of season 1, and now the zany show about a big, blue superhero with antennas marches back to Prime in April. Peter Serafinowicz stars as the titular and largely clueless hero merely named The Tick, and Griffin Newnan plays his nerdy and neurotic sidekick Arthur Everest in this funny adaptation of beloved Ben Edlund comic book.

What Movie to Watch: A Quiet Place (April 2) – Available on several streaming platforms “A Quiet Place” was one of last year’s loudest surprises.  Directed by actor turned filmmaker John Krasinski, who also stars, this is a unique monster movie about a family trying to survive when the Earth is invaded by aliens who hunt by sound.  Krasinski’s real life wife, Emily Blunt, plays his character’s pregnant wife in the film, and the two are magic together on screen.

What to Avoid: Mid90s (April 18) – Another actor turned director last year with Jonah Hill taking a seat behind the camera and, also, writing “Mid90s.” This coming of age narrative is well done, but certain scenes involving a 13-year-old and sexual situations, as well as drug use, will really turn some viewers, like myself, off.  Determined to outdo Larry Clark (the filmmaker behind the controversial 1995 film “Kids”), Hill goes overboard making “Mid90s” a film to watch, if at all, only with a word of caution.

What to Binge: Key & Peele – The sketch comedy show from creators Jordan Peele and Keegan-Michael Key that ran on Comedy Central from 2012-2015 helped craft major talents.  While Key has grown into a popular character actor, Jordan Peele is now one of the hottest directors working. Watching “Key & Peele” will give you an idea of where things started.

What Movie to Watch: Border (April 23) – Watch this Swedish film without reading too much about it.  All I’m going to say is that it’s about a border agent named Tina (Eva Melander) with unique abilities that make her a bit of a pariah.  But one day she meets someone who is very much like her. A strange and often magical love story, “Border” was one of last year’s best foreign language films.

What to Avoid: Paranormal Activity 2 (April 1) – More of the same.  After the zero budget “Paranormal Activity” made an astounding $193 million in worldwide box office, Hollywood just had to turn it into a franchise.  And while this one takes the ideas of the first film and rackets them up, it’s hard to shake a been there before feeling. Of course, it’s followed by three more movies with ever-diminishing returns.

Starring Jesse Eisenberg and a nearly unrecognizable Alexander Skarsgård, “The Hummingbird Project” is a fascinating movie.  The story is about two cousins who convince investors to bankroll a crazy project to drill a fiber optic cable line from a location in Kansas all the way to Wall Street.  The novel idea is that a straight line, wired connection will give them a few millisecond edge over other traders. They characterize it as like having a time machine. But standing in their way is their ruthless former employer played by Salma Hayek.

Watch this one for the performances, especially by Skarsgård. In addition to shaving his head, the tall, very handsome, Swedish actor adopts the hunched over, pinched posture of an intellectual introvert. His transformation, mostly achieved through physicality, is striking.  And the performance as a whole is something of a revelation, in which he gives us a layered and intriguing character.

The relationship in the film between the cousins is reminiscent of the friendship between characters played by Mickey Rourke and Eric Roberts in “The Pope of Greenwich Village.”  Although this relationship is sweeter, the story in “The Hummingbird Project” is equally challenging.

For those of you who were disappointed by the bland “Captain Marvel,” the “Avengers” final act should bring viewers back into the fold. Of course, “Captain Marvel” was successful in terms of box office, and it charmed most critics, including this one, who still had to complain about how overly cutesy it was.  All in all, the movie wasn’t an epic home run.

“Endgame” promises to be a culmination of all things Marvel.  The movie picks up after the devastation that ended 2018’s “Infinity War.” The remaining heroes, that weren’t wiped off the planet by Thanos, will try to undo the damage.  The trailers have been somewhat mysterious, but the thrust of it appears to be that there is a way to bring the departed supers back. Of course, to do that, Thanos will have to be dealt with, and with his power, such a thing seems impossible.  And all those heroes just can’t stay dead, right? After all, the franchise has to go on. Look for this one to break all kinds of box office records, as it effectively kicks off the summer season.

The Shopper Kitchen: Spring is a great ...