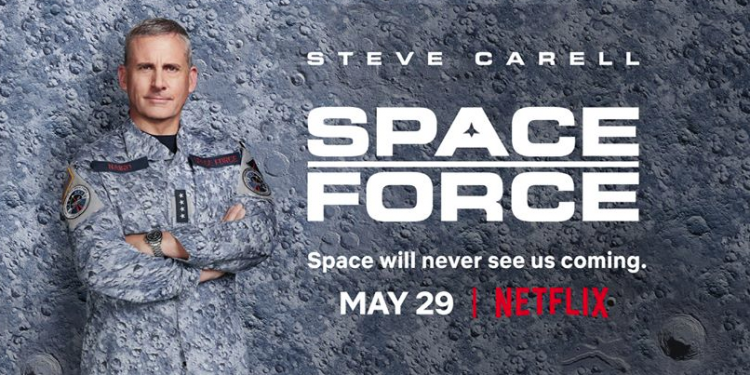 The High Note (review) No Fix 3/10 –  “The High Note” might be one of the most annoying movies of 2020. Replete with clichés and cloying moments, it’s hard to believe how bad it is. Not even the appearance by actor Kelvin Harrison, Jr., who burst onto the scene last year with award-worthy work in “Luce” and “Waves,” can save an unmelodic mess.

The story has personal assistant Maggie (Dakota Johnson) struggling to find her voice as a music producer in Los Angeles. Her boss, forty-something year-old diva Grace Davis (“Black-ish” star Tracee Ellis Ross), is oblivious to Maggie’s talents, expecting her to get coffee forever. But when Maggie bumps into aspiring singer David (Harrison) at a supermarket, she decides to try her hand in the professional producing game.

Nothing, especially Ice Cube as Davis’ cheesy manager, is the least bit authentic as this drama/comedy follows its self-centered characters to an unlikely happy ending. Even the music is dull, with the concluding song as shallow as the film’s narrative.

In this Netflix series, Carell plays General Mark R. Naird, a decorated military pilot who is elevated to four-star general status. He’s ordered to run the new Space Force. And despite it not being his first choice, when duty calls, Naird answers.

“Space Force” shuns intelligent satire going for broad comedy. The gags rarely concern any realistic space travel or scientific subject matter. Instead, we get the basest and most absurd comic science fiction concepts. The real Space Force has nothing to worry about.

Extra Credit: Avatar: The Last Airbender (animated series) – Forget the 2010 M. Night Shyamalan feature and stick with the animated classic. All three seasons are available now on the streaming behemoth.

What to Watch:  The Great (streaming now) – This ten-episode series stars Elle Fanning as Catherine the Great, Russia’s longest-running female ruler. Nicholas Hoult (Beast from the last three “X-Men” movies) plays Peter, Russia’s Emperor. The satirical approach to history taken by the creators charts Catherine’s rise. The word is that it’s well worth watching, with a certified fresh Tomatometer rating on RottenTomatoes.com.

Movie to Watch: The Vast of Night (review) Fix 8/10 – In “The Vast of Night,” filmmaker Andrew Patterson, directing from a script by James Montague and Craig W. Sanger, relies heavily on old-fashioned story-telling. Through the power of two strong story-tellers, this little movie stands out in our over-caffeinated marketplace. There’s a lot of talk in the film, but it’s fascinating and thrilling to watch and listen.

The film plays with old and new concepts. Long, smooth, motion shots are the product of Steadicam, possibly brushless gimbal stabilization, drone technology, and seamless cutting. This cunning combination of equipment and software takes the viewer from one location to another in one continuous, seemingly unbroken sequence. And following these exhaustive and hugely entertaining sequences, there are long shots that stay on one character for several minutes.

“Vast” has the feeling of an old radio serial. The innovative visuals, coupled with timeless sound design and perfect-scoring, is unique. Viewers who are into podcasts will respond favorably to Patterson’s filmmaking strategy. Although movies are primarily a visual experience, hearing a good story told well never gets old.

What to Binge: Lost (all six seasons are available) – At this point, this series, that ran for 118 mind-bending episodes from 2004 through 2010, might seem dated and overly familiar. But “Lost” is the kind of show that draws you in, regardless of whether you know how it all ends. And since you can binge it for free on IMDB.com, you aren’t forced to wait a week to unravel the mystery. The story has an eclectic mix of plane crash survivors marooned on a strange deserted island. They soon discover that hidden forces on the island have plans for them.

With an impressive library of movies and original content, HBOMax is a solid competitor for Netflix and Disney+. Probably because there are fewer choices, the interface is much less complicated than Netflix. But the intuitive grouping of the similar material, they have curated together franchises, like all the “Harry Potter” films, should make selecting something to watch easier than other platforms. And they are the exclusive place to binge “Friends.”

One other potentially exciting announcement is that HBOMax has greenlit a $20 million recut of DC’s “Justice League.” Director Zack Snyder, who famously had to step away from the film due to a family tragedy, is being given the resources to change it to meet his original vision. The unsuccessful version released theatrically was finished by the MCU “Avengers” director Joss Whedon. Diehard fans demanded something called “the Snyder Cut,” and HBOMax is giving it to them. When the wholly new film lands on the platform next year, we will see if he can improve upon an infamous movie that was a financial and critical failure.

Theatrical Teasers (that you can watch at home)

Movie theaters are not opening until next month. Russell Crowe’s “Unhinged” is hitting screens on July 3rd, and Christopher Nolan’s “Tenet” opens wide on July 17th. Until then, viewers will be renting movies that would have originally opened in limited theatrical release.

The Trip to Greece (review) Fix 7/10 – Available now on VOD is “The Trip to Greece,” the funny concluding chapter to the “The Trip” series. British comedians Steve Coogan and Rob Brydon return for one more travelogue with writer/director Michael Winterbottom again at the helm. Their latest excursion to Greece delivers more observational comedy centered around culinary delights. Hopefully, the guys will come back for one more hilarious outing even though this one is said to be last.

Military Wives (review) 7/10 – The “Military Wives” based-on-real-life story might be familiar and manipulative, but the sincere theme of the power of music shines through.

When their spouses get shipped out to Afghanistan, an empty sadness lingers with the wives of the departed soldiers. The commander’s wife, Kate (Kristin Scott Thomas), comes up with an idea to improve morale by starting a military wives’ choir.

Luckily, the film doesn’t turn the wives into a “Pitch Perfect” collection of superstars. The real pain of waiting for news of their partner’s safety undergirds the narrative. It’s hard not to get a lump in your throat during the final choir performance (which you know is inevitable).