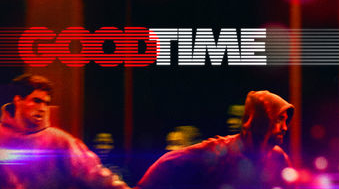 The Rhythm Section (review) No Fix – 5/10
“The Rhythm Section” is not thrilling enough to give viewers a charge and lacks an emotional punch. The failure, though, isn’t an uninteresting one. The movie is well cast. Blake Lively gives her all as a grief-stricken young woman who decides to become an international contract killer to exact revenge on terrorists that killed her family.

Unlike what David Leitch did with similar material in his 2017 film “Atomic Blonde,” director Morano has decided not to glamorize Stephanie’s transition from wounded soul to hitwoman. For this reason, “The Rhythm Section” could easily be called the anti-“Atomic Blonde.” Jude Law shows as a former MI6 operative that trains Stephanie in the ways of murder.

Driving home points with repeated exclamation points and narrative twists and turns, Ritchie’s constant refrain of the obvious does wear thin. After helming the family-friendly “Aladdin” last year, “The Gentlemen” might be his small way to reassure hard-core fans that he’s not gone soft. And, if nothing else, it accomplishes that goal.

Netflix
What Movie to Watch: Good Time (February 11) – For those of you brave enough to endure Benny and Josh Safdie’s “Uncut Gems,” you might want to take in their excellent 2017 film “Good Time.” Starring Robert Pattinson, the story takes place over a short time (around a day) and has Pattinson playing a criminal named Connie, who is involved in a botched robbery. When Connie’s brother and partner-in-crime is arrested, Connie will stop at nothing to bail him out. An odyssey of mistakes and near misses follows. This indie is a gritty good time.

What to Binge: Locke & Key – Season 1 (February 7) – Based on the best-selling graphic novel series, “Locke & Key” is a spooky-looking show about three siblings who move into their father’s home after his murder. Once there, they discover several keys that might be their only defense against an evil creature.

Extra Credit: To All the Boys: P.S. I Still Love You (February 12) – The sequel to the 2018 Netflix hit “To All the Boys I’ve Loved Before” has Lana Condor returning as Lara Jean. The first adaptation of the popular Jenny Han novel had Lara dealing with the repercussions of public disclosure of her secret love letters. This time around, Lara’s relationship with Peter (Noah Centineo) is put in jeopardy by another one of her letters. Fans will be happy to know that a third film, “To All The Boys: Always and Forever, Lara Jean,” is currently in post-production.

HULU
What to Watch: Bridget Jones – trilogy (February 1) – All three films starring Renée Zellweger, Hugh Grant, and Colin Firth will be available on the streaming platform this month. Starting with “Bridget Jones Diary” in 2001, the wildly popular adaptation of Helen Fielding’s novel gave Zellweger an Oscar nomination. The lesser sequel, “Bridget Jones: The Edge of Reason,” was followed more than a decade later in 2016 with the Grant-less “Bridget Jones Baby.” This month, Hulu encourages you to go on a Bridget Jones binge.

Amazon
What Movie(s) to Watch: Honey Boy (February 7) & The Farewell (February 12) – Both of these films were among the best of 2019. “Honey Boy” is a personal story by actor Shia LaBeouf, who wrote the script inspired by his strained relationship with his father. It’s an inventive, moving, and raw movie. “The Farewell,” also tells a story of family heartbreak. Awkwafina stars as a Chinese-American, who returns to her family’s homeland to visit her ailing grandmother, Nai Nai (a wonderful Shuzhen Zhao). But while the family knows that Nai Nai is dying, they’ve decided to keep this news from her. “The Farewell” is an often funny and touching examination of cultural differences and the burden of family decision-making.

What to binge: Hunters (February 21) – Jordan Peele (“Get Out” and “Us”) serves as an executive producer on this 1977 set dramatic thriller about a band of Nazi hunters. The alt-history narrative has the hunters led by Holocaust survivor Meyer Offerman (Al Pacino). When hundreds of Nazis are discovered living in the US, Offerman’s diverse team sets out to stop the rise of the Fourth Reich. Trailers look cool as the period fashion and hairstyles add a hip vibe.

Apple TV+
What to Binge: Little America (streaming now) – Based on true stories featured in Epic Magazine, “Little America” is an exceptional anthology series. Each episode tells a new story about immigrants living in the US. And every installment is lovely, upbeat, and inspiring. This series makes a great binge that will leave you in a good mood.

Disney+
What to Watch: Lamp Life – Disney released this short film on January 31. The “Toy Story” spin-off addresses the life of Bo following the events of “Toy Story 2.” Folks who watched last year’s “Toy Story 4” were delighted to see Bo Peep’s return, and this short should be a hit with fans. Also, check out continuing new episodes of “Marvel’s Hero Project,” a documentary series focusing on young people dedicated to positive change.

Birds of Prey (February 7) – A “Suicide Squad” spin-off, “Birds of Prey” hopes to be better received than that 2016 critically maligned box office hit. Margot Robbie returns as the Joker’s protege Dr. Harleen Frances Quinzel, aka Harley Quinn (a play on “Harlequin”). Now that her romance with the Joker has ended, Quinn strikes out on her own, assembling a team to battle Black Mask (Ewan McGregor). Expect this one to be violent and irreverent; “Birds of Prey” is rated “R.”

Portrait of a Lady on Fire (February 14) – This highly regarded French film made plenty of best picture lists in 2019. The complicated love story concerns a female painter named Marianne (Noémie Merlant) commissioned to paint a portrait of a young woman named Héloïse (Adèle Haenel) on an isolated island. Because Héloïse refuses to pose for a picture, Marianne acts as her hired companion painting in secret. But as Marianne closely studies her subject, a forbidden romance blossoms.