The Film Fix: Bombshell, plus what’s Streaming in December 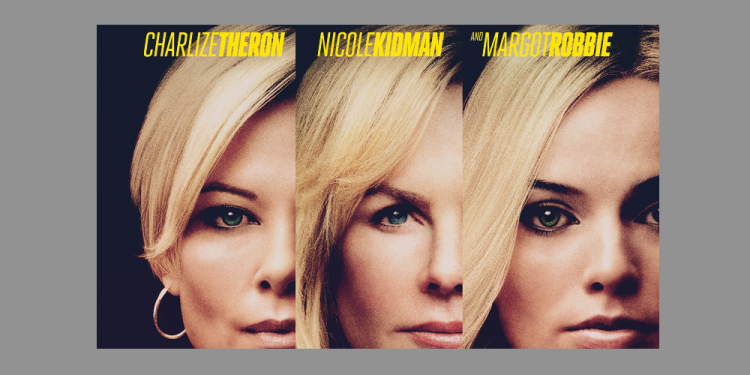 What Movie to Watch: The Irishman (Streaming Now) – Fix Rating 10/10 – Martin Scorsese’s dour, mob epic, is one of his best films. The movie tells the story of low-key mob killer and distant family man Frank Sheeran (Robert De Niro). “The Irishman” is an atonement for Scorsese that isn’t some fun, exploitative romp like “Wolf of Wall Street.”

What to Binge: The Witcher (December 20) – Superman Henry Cavill stars as Gerald of Rivia, a monster hunter with magical powers. But, as he risks his life to stamp out evil creatures, he soon discovers that the monsters aren’t his only foes. People present him with unique dangers. This expensive fantasy adventure series is Netflix’ attempt to capture a bit of the “Game of Thrones” crowd.

What Movie to Watch: Into the Dark: A Nasty Piece of Work (December 6) – Julian Sands plays a boss with evil on his mind. He hosts a Christmas party for his employees and plays a deadly game to determine who gets the holiday bonus. Another bloody installment of HULU’s movie anthology series might provide a refreshing sharp departure from the season’s upbeat offerings.

What Movie to Watch: The Last Black Man in San Francisco (December 5) – This highly regarded indie makes its streaming debut in hopes of generating awards consideration. An insightful drama, the movie has a young man and his friend taking up refuge in a beautiful, empty house, where, despite trespassing, they try to make it their home.

What to Binge: Servant (December 5) – While Apple’s big play with “The Morning Show” has been met with mixed reviews, and their post-apocalyptic fantasy “See” induced a series of guffaws, “Servant” has been getting praise. This series, executively produced by M. Night Shyamalan, follows a Philadelphia couple who have to cope with a mysterious presence in their home after a tragedy. The creepy trailer alone might give you the shivers.

What to Binge: The Mandalorian (Now Streaming) – While more MCU titles land on the new platform, Disney has been trickling out new episodes of the hottest show online “The Mandalorian.” Social media couldn’t get enough of the cute and mysterious “Baby” Yoda, as merchandising efforts tried to keep up with holiday demand for the little green Jedi. And with “The Rise of Skywalker” stepping into theaters this month, viewers have plenty of new “Star Wars” material.

Star Wars: Episode IX – The Rise of Skywalker – JJ Abrams delivers the final chapter of the Skywalker saga. The Resistance faces the First Order one more time in this ultimate showdown.

1917 – (December 25) – Fix Rating 10/10 – Directed by Sam Mendes (“Skyfall,” “American Beauty”), this World War I film has two young British soldiers assigned an impossible mission. They must deliver a message behind enemy lines. And if they fail, 1,600 men will die. A staggering feat of both storytelling and camerawork, look for “1917” to be an awards season frontrunner. Much of the focus of this one has been on Mendes’ collaboration with Oscar-winning cinematographer Roger Deakins (“Blade Runner 2049”). The goal visually is to make the film appear shot in one single take, and they succeed remarkably. Exciting, moving, and visually dazzling, this is one of the year’s best films.

December Trends & Trendsetters in and around ...