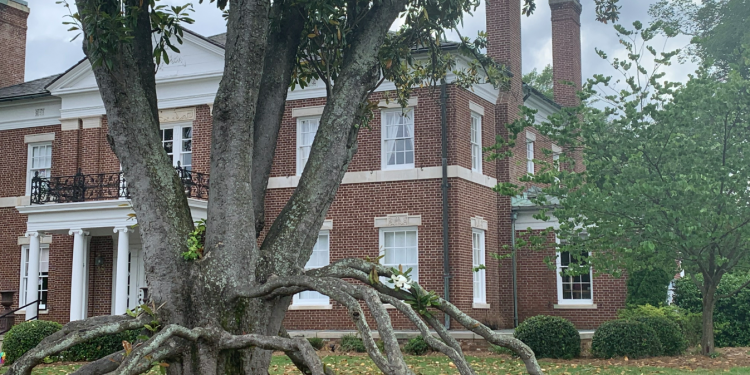 Equally as, if not more, famous than the Peniston home, which serves as the site of the McRitchie-Hollis Museum, is the Magnolia tree that prominently stands outside the front of the house on Jackson Street. Throughout the years, the tree has earned its fair share of nicknames— “the spider tree” being the most commonly-known moniker around town.

The “spider tree” was planted, likely in the 1940s, at the same time as its counterpart magnolia tree growing parallel in the museum’s front lawn. As the tree continued to age, the Magnolia took a distinctive look as the roots grew out of the ground. No one can really explain why this particular magnolia tree grew this way as it certainly is not typical or why the other tree did not grow in a similar fashion. The end result, however, is an iconic Coweta County staple—an artistic and unusual greeting into downtown.

Though the Magnolia is found all across the world, it is native to Southern China and the Southern United States. The tree has undoubtedly generated an association with the American South, even noted as Mississippi’s state flower. Much like Coweta’s famous “spider tree,” it is not unusual for the magnolia tree to have local significance and community value.

On Ponce de Leon in Atlanta, a Magnolia sits at the back of a T.J. Maxx with the dumpsters; however, this Magnolia used to be a significant player of the Ponce de Leon Ballpark. From 1907 to 1966, the tree anchored right field and became the only time and place in baseball history where a ball was still considered in play after hitting a tree. Both Babe Ruth and Eddie Matthews hit home runs through its branches, and the ashes of Atlanta Crackers owner Earl Mann rest at the tree roots.

Three Magnolia trees line the lawn of Rebekah Scott Hall of Agnes Scott College in Decatur. The trees have grown for over a century, famously planted by Christian W. Dieckmann, the school’s long-serving music professor who taught at the college from 1905 to 1951. History states that in 1905 Dieckmann was walking with a colleague through a forest beside the campus when he picked up some Magnolia seeds with his pocket knife before planting them on the lawn.

One of the country’s most famous Magnolia trees was the Jackson Magnolia tree, which stood in the White House Lawn for nearly 200 years before being removed in 2017. The Magnolia was planted in 1829 by Andrew Jackson during his first year in office. Jackson’s wife Rachel died just after he won the election in 1828. As a tribute to her memory, Jackson planted a seedling from their Tennessee farm of Rachel’s favorite plant.

The Magnolia trees in bloom bring a beautiful reminder that even simple objects, places, or even plants can hold a rich history and a meaningful narrative. Though life can be busy, it is nice to stop and think about how a simple tree can represent so many memories and tell the stories of family, community, and love. 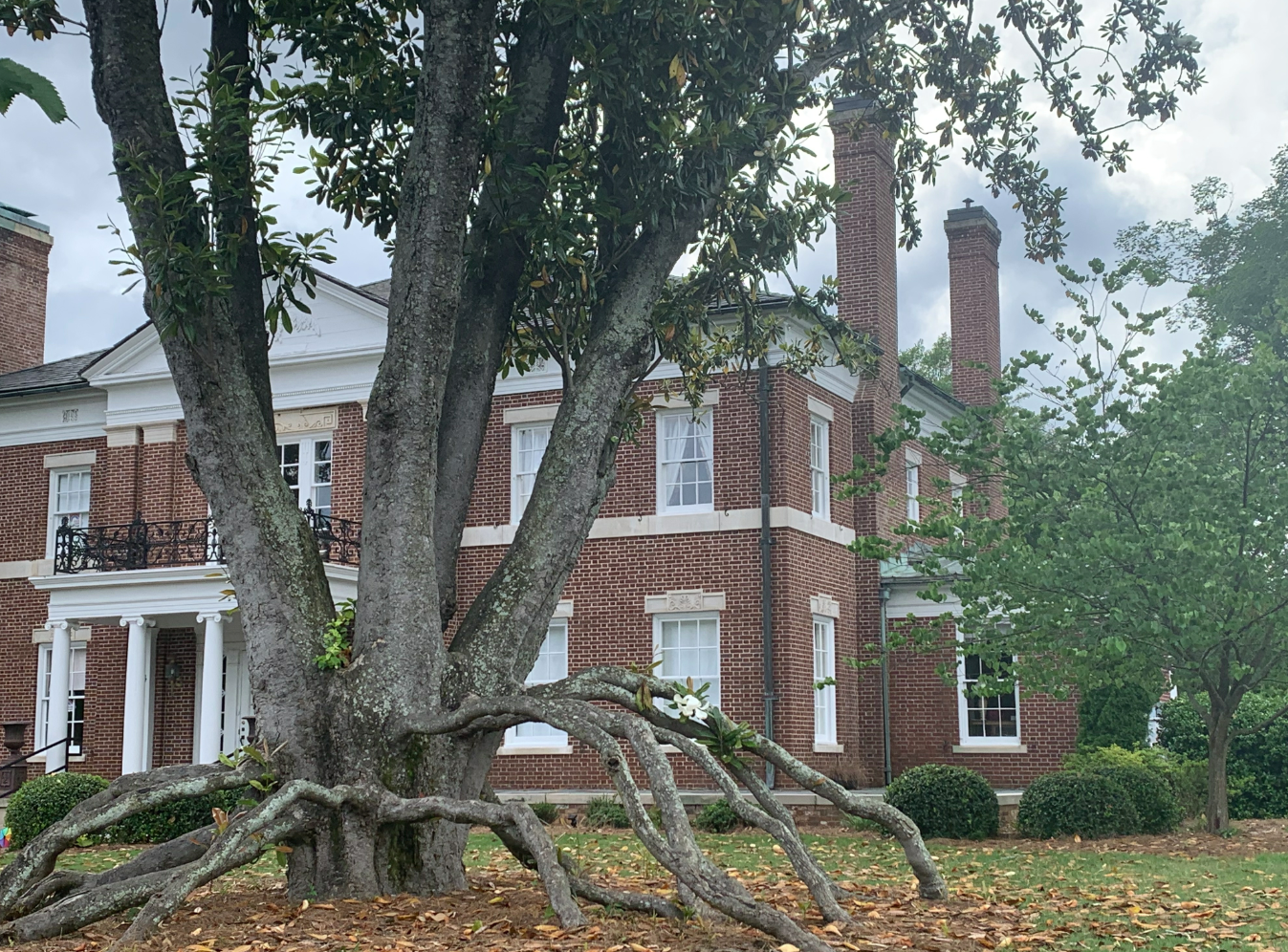 On the McRitchie-Hollis lawn grows the famous Magnolia tree, locally known as the “spider tree.”