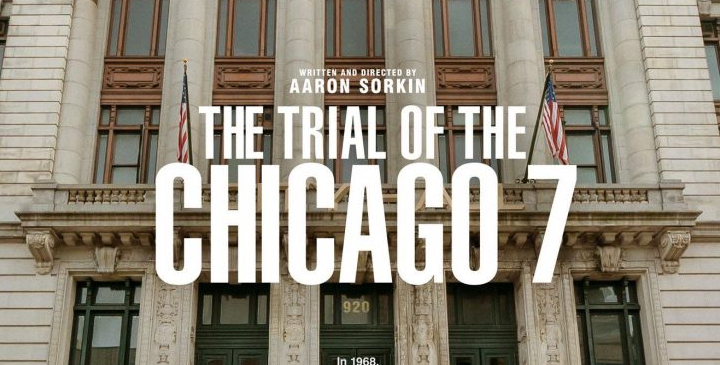 This one is sure to lead many critics best-of lists, and that attention is warranted. “The Trial of the Chicago 7” combines timely importance and crowd-pleasing courtroom drama.

On the Rocks (October 23) Fix Rating 6/10 – After a brief theatrical run, the latest collaboration between Bill Murray and Sofia Coppola hits Apple’s streaming service. Murray and Coppola last worked together in 2015 on the unusual, but fun, “A Very Murray Christmas.” And few can forget their transcendent Oscar-winning 2003 project “Lost in Translation.” “On the Rocks” is similar in tone to “Translation” but not nearly as thought-provoking or genuinely moving.

In the film, Murray plays Felix, a playboy art dealer living a carefree life in New York City. When his writer daughter, Laura (Rashida Jones), begins to question whether her entrepreneur husband, Dean (Marlon Wayans), has been faithful, Felix embraces her concerns. The resulting investigation by the two reveals more about their father/daughter relationship than about the state of Laura’s marriage.

While taking advantage of Murray’s affable qualities, “On the Rocks” fails to use the comic talent of Jones (see “Angie Tribeca”) to maximum effect.

The Queen’s Gambit (October 23) Fix Rating 8/10 – Young girls should break out the chess boards and embrace “The Queen’s Gambit.” The series follows Beth Harmon (Anya Taylor-Joy), an orphan, who in the 1960s, emerges as a chess prodigy. It’s a handsomely-produced show, co-written and directed by Scott Frank (Oscar-nominated for writing “Logan” and “Out of Sight”). Possessing intellectual niche appeal, “The Queen’s Gambit” is one of the most authentic, immersive, and finest Netflix projects I’ve watched since “Ozark.”

Monsterland (October 2): This anthology series looks like just what the doctor ordered for this Halloween month. Hulu’s website says this project is based on the collection of stories from Nathan Ballingrud’s North American Lake Monsters.

Terminator: Dark Fate (October 9) – Fix Rating 8/10: This criminally underrated sequel to 1991’s “Terminator 2: Judgment Day” reunites Arnold Schwarzenegger with Linda Hamilton. I went big for this one, and I suspect that I wasn’t alone. Mackenzie Davis is excellent playing a new android charged with protecting a young girl, who may hold hope for our ill-fated future.

Don’t Forget the Driver (streaming now) – Fix Rating 7/10: BritBox offers some of the best BBC and ITV programs for subscribers in the US & Canada. It’s an opportunity to dig into some great smaller series, and “Don’t Forget the Driver” is a quirky gem. Toby Jones plays a single father and commercial coach driver trying to survive in a post-Brexit seaside community. Witty, funny, and heartfelt, Jones is terrific playing not only the single father but that character’s successful twin brother, as well.

Mandalorian – Season 2 (Episode 1 – October 30): The ultra-popular series returns. This is the show that made Disney’s streaming service a must for Star Wars fans. Pedro Pascal is back in the helmet as Mando, a mercenary who continues to go his own way in the Galaxy while protecting The Child, a strange, magical creature that appears to be a relative of Master Yoda.

Borat Subsequent Moviefilm (formerly titled: Borat: Gift of Pornographic Monkey to Vice Premiere Mikhael Pence to Make Benefit Recently Diminished Nation of Kazakhstan) (October 23) – The long-awaited follow-up to the 2006 hit comedy arrives just in time for the election. Shot in secret, little is known about the story, but based on bits and pieces available online, Borat (Sacha Baron Cohen) is back in the States where he tries to make sense of polarized America.

By Night’s End (October 6 VOD) – This slick home invasion action thriller features stuntwoman turned actress Michelle Rose as Heather, a former soldier who has PTSD. When Heather and her meek husband Mark (a compelling Kurt Yue) find their home besieged by criminals looking for something hidden within, Heather turns to her military training to take care of business.

This humbly made film, shot in Atlanta on a small budget, leans into its b-movie inclinations, hitting the right notes. Rose packs a punch as she appears to do all her own stunts, including a bone-crunching, impressive fight scene in a small bathroom. And Georgia actor Michael Aaron Milligan makes an effective villain delivering his lines with sarcasm and just the right amount of bile.

I Am Lisa (October 9) – Kansas-based filmmaker Patrick Rea (see “Nailbiter,” “Arbor Demon,” and television’s “The Inspectors”) gets back to his indie roots with the werewolf film “I Am Lisa.”

Sure to capture the interest of horror fans, the story has bookworm Lisa (Kristen Vaganos) running afoul of a small-town bully and her corrupt sheriff mother. When they beat her and leave her for dead in the creepy woods, she’s bitten by a mysterious wolf and rescued by a strange hermit. Quickly recovering from her mortal wounds, Lisa discovers she now has supernatural powers to exact her revenge.

Lurid and comically violent, “I Am Lisa” is barnstorming the drive-in circuit and virtual theaters during this spooky month.