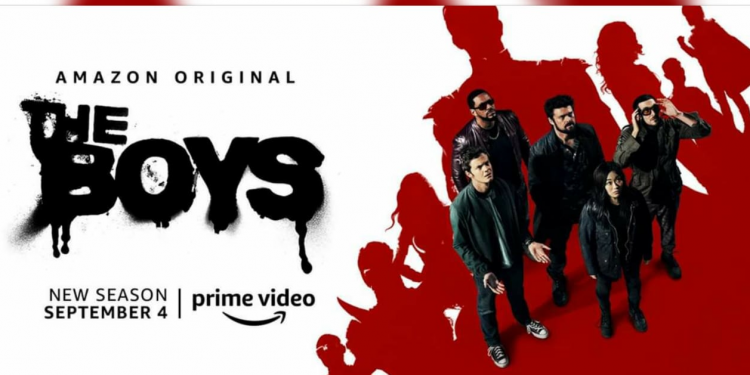 Unhinged (now playing) No Fix 4/10 – This theater unworthy flick managed to gross a few million last month marking the return of formal movie-going, albeit the socially distanced variety. I cautioned folks to avoid it, as it wasn’t good enough to risk being infected with the virus.

In “Unhinged,” Oscar winner Russell Crowe slums it in a low-rent, violent, and nonsensical thriller. The legendary Kiwi actor likely thought that playing a sweaty, snarling, Incel sympathizer would strike some campy, socially relevant chord. But this laughably absurd movie about the repercussions of road rage is anything but nuanced and satirically sophisticated.

What could have been an entertaining, b-movie take on “Falling Down,” “Changing Lanes,” or even Spielberg’s “Duel,” devolves instantly into a lurid and incredible (not in a good way) chase narrative. Crowe is vicious, showing off his substantial girth and selling a serviceable southern accent.

Even the car chases fail to raise your pulse rate. The crash scenes follow a repeating pattern—one car crashes with others piling on. And we routinely get the familiar recurring image of a vehicle smashing into another one and jumping violently into the air, as if on a ramp. It’s dated stuff.

There’s a good movie to be made about road rage, but “Unhinged” ain’t it.

The Boys (season 2, September 4) – Fix 7/10 – R-rated, superhero action combines with obvious, but biting, sardonic laughs in season two of “The Boys.” Taken from the Wildstorm/Dynamite Entertainment comic, this irreverent series is set in a world of superheroes who are managed by a nefarious corporate entity.

As the sups fight crime, the collateral damage takes the lives of innocent bystanders. In response, a ragtag vigilante force is assembled to take the “heroes” down. Violent and sexy, this series is an entertaining, self-aware take on the tired genre. And season two matches the first by expanding on the characters backstories, while further ratcheting up the action set-pieces. One scene involving a whale is particularly impressive, if also pretty gruesome.

Premium Rental Fix: Mulan (available for exclusive Disney Plus Premier Access rental starting on September 4) – In case you haven’t heard, the blockbuster live-action adaptation of the beloved animated classic is by-passing COVID-hampered theaters and opting to drop on your small screen. This epic appearing film sure looks like it was made for the biggest screen available, but Disney’s decision to release it on their home service makes complete sense. The numbers were substantial for “Hamilton,” and even though Disney’s library contains many excellent archived materials, new movies and shows are the way to grow and maintain subscribers.

Niki Caro (“Whale Rider”) directs this “Mulan.” The story is about the title character (played by Yifei Liu) taking on a male warrior’s persona to fight for her father. The cast is deep, including Donnie Yen (“Yip Man”), Li Gong, Jason Scott Lee, and Jet Li as the Emperor.

Binge-Worthy: Ted Lasso (season 1, streaming now) Fix 8/10 – Quite possibly the most entertaining show I’ve watched in some time, this syrupy sweet series has already been green-lit for season two. The show follows an American Football coach, Ted Lasso (played perfectly by Jason Sudeikis), as he travels to the UK to manage a flagging soccer team. This fish-out-of-water half-hour comedy works remarkably well.

It’s refreshing to see Ted joyously grow into his new role with the help of his loyal second-in-command, fellow US coach Beard (a deadpan Brendan Hunt). Unlike other streaming offerings, a new episode of “Ted Lasso” premieres on the Apple platform every Friday.

Movie to Check-Out: I’m Thinking of Ending Things (September 4) – This Charlie Kaufman written and directed horror/thriller should be an unusual diversion. The auteur who wrote the iconic “Being John Malkovich” has marshaled a terrific cast here with Jessie Buckley (“Wild Rose”) in the lead playing a young who travels to her boyfriend’s parent’s isolated farm. Expect this one to be quirky and almost unbearably dark.

Movie to Avoid: Project Power (streaming now) 5/10 – Directors Henry Joost and Ariel Shulman, the duo who splashed onto the scene with 2010’s “Catfish,” inject their indie filmmaking vibe into what is billed as a Netflix blockbuster. In many ways, “Project Power” feels like an anti-blockbuster, especially the grainy look and the sanctimonious story of one man’s search for his daughter.

Viewers shouldn’t expect anything on the Marvel level here. A blockbuster, this isn’t. The film’s tone and style are akin to Josh Trank’s surprising 2012 sci-fi “Chronicle.” But because Netflix has billed this movie as a “blockbuster,” audiences will likely be underwhelmed.

Tenet (now playing) – This long-delayed adventure comes from the mind of Christopher Nolan. While the US release is somewhat muted, the international rollout is likely more extensive. But one thing for sure, you CAN see “Tenet” on the big screen.

It’s another trippy, warped experience from the director who gave us “Inception” and “The Dark Knight.” Teasing a mysterious narrative that “will unfold in something beyond real-time,” details about “Tenet” have been cloaked in secrecy for months and months. We know that the lead is John David Washington (see his star-making turn in Spike Lee’s “BlacKkKlansman”), who plays an operative merely identified as The Protagonist.

The Personal History of David Copperfield (now playing) Fix 7/10 – This is a whimsical adaptation of the Charles Dickens classic. “Copperfield” stars an adorable and ungainly Dev Patel as the title character. David recounts the events of his life and takes us into his inconsistent upbringing. He’s born into money, then loses it, then regains his place, then…. It’s all very entertaining and wholesome, PG-rated entertainment.

“The Personal History of David Copperfield” is directed by Armando Iannucci, who gave us the wonderful satires “The Death of Stalin” and “In the Loop.” And in keeping with his unique approach, this modern telling is creative and diverse with a beautiful multicultural cast.

AIM: We insure your Summer Toys!

Click the link in our bio for more. @elevatecoweta