The History: County fairs have a long, extensive past 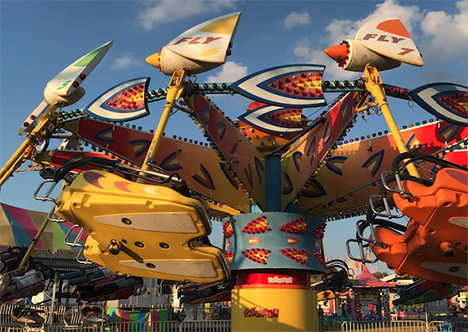 Above photo credit: Newnan-Kiwanis Facebook Page. This column was originally published on Sept. 6, 2021.

What’s more exciting than the county fair – the rides, the competition, the exhibits, the food (my personal favorite, fried Oreos)! This year is particularly exciting because after being canceled in 2020 due to the COVID-19 pandemic, the Kiwanis Coweta County Fair is back this September with attractions, musical performances, a reptile show, and more. 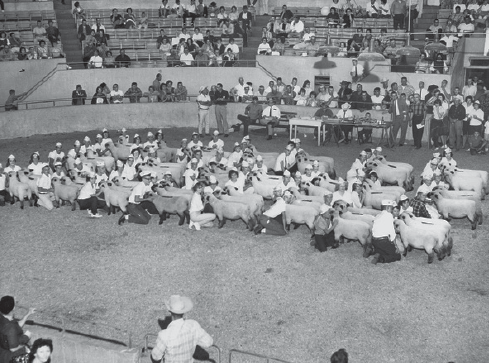 State and county fairs have a longstanding history in the United States. They began in the Nineteenth century as a way to promote agriculture and livestock. New England farmer and businessman Elkanah Watson is frequently credited with creating the idea of the state fair after holding sheep-shearing demonstrations in the Pittsfield, Massachusetts square in 1807. Watson began urging other farmers in the area to showcase their livestock at public gatherings and the event developed into a livestock competition complete with activities for the family and the sale of goods. Watson’s sheep-shearing demonstrations quickly spread to other rural communities throughout the Northeast and Midwest.

By the mid-1800s, the popularity of these gatherings had grown so large that the state of New York organized the first state Fair at Syracuse, New York in 1841. The first American State Fair was held over two days in September and focused on educating attendees about agriculture through presentations, speeches, and product sales. The first fair drew a crowd of 10,000 to 15,000 people.

In 1847, Newnan historian and pioneer citizen William U. Anderson proposed bringing a county fair to Coweta. In a letter to the editor published in The Newnan Herald, he wrote “Come up brother farmers … and all others. Give your names and the money when needed … and we will have such a fair as all will be proud of … A fair we must have.”

Anderson’s letter inspired the people of the county, and the first county fair officially opened on Tuesday, October 27, 1874. Griffin Daily News reported “So great was the success of the Fair that it continued until Saturday night, two days longer than originally intended … There were no accidents of a serious nature. In one mule and one-horse race, one of the contestants flew the track and slightly bruised the riders. A portion of the amphitheater also fell down with many people eating upon it, but no serious damage done.”

The fair became an annual tradition in Coweta County until the last agricultural fair in 1877. It was not until forty-years later, in 1919, that the fair came back to Coweta County. The second version of the Coweta County fair continued until the 1920s, culminating with a Coweta Centennial and County Fair celebration in 1924. After this time, annual county fair operations halted again. In 1947, the Newnan Kiwanis club began sponsoring the county fair. The club has sponsored every fair, except one, since that time with all proceeds benefiting local nonprofits.

Since Elkanah Watson’s sheep-shearing demonstration in the early 1800s, state and county fairs have only grown in popularity across the United States. Today, there are approximately 2,000 county and state fairs held nationwide, and fairs show no sign of slowing down. This 200-year-old tradition is a great celebration of our nation’s agricultural history and our love of community! See you at the fair!