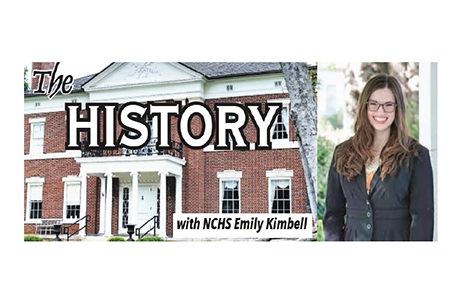 “A dollar for me and a dime for my dogs.” This might read as a nonsensical phrase to some but for others, the phrase holds meaning, representing a connection to Amanda Mayhayley Lancaster — a multi-talented woman known for her psychic abilities.

Mayhayley Lancaster was born on October 18, 1875 in Heard County Georgia. Legend relays she was “born with a caul” or placental sack covering her face; folklore noting this as the source of Mayhayley’s abilities. Mayhayley garnered fame across Georgia and Alabama for her gift, charging a dollar and ten cents for readings. Visitors often asked about missing jewelry, relationship predictions, and health issues, and Mayhayley was notoriously accurate, at times even predicting the forthcoming death of those who visited. Her popularity only increased when she took the stand as a prosecution witness during the 1948 John Wallace trial held at the Historic Coweta County Courthouse.

Though it is the “Oracle” persona that is most widely-known and popularized, Mayhayley was well-versed in many other trades and skills. She began her career in 1897 as an educator at Red Oak School in Heard County, and in 1908, she began writing a weekly news column for the Franklin News and Banner under the pen name “Uncle Sam.” 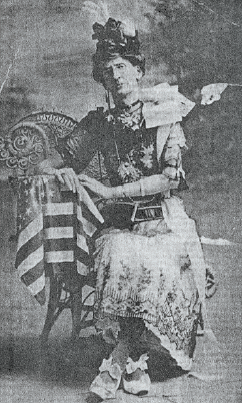 While accounts also credit Mayhayley as a lawyer and businesswoman, perhaps most ambitious was Mayhayley’s political career. Just two years after the ratification of the 19th Amendment in 1920, Mayhayley announced her candidacy for State Senate in 1922. She ran again in 1926 as a candidate “Anxious to do more for the people…smiling and happy and on a platform thoroughly sound on Education, Rural Schools, Good Roads, Banking Laws, Pensions, Pay for Road Workers, Game Lawns, and the many other vital issues now before the people.” Though Mayhayley never won a seat in office, she is remembered for her progressive politics and being the first woman in Georgia to run for political office.

Mayhayley died in 1955, leaving a dynamic and impressive legacy behind. Though two generations have passed since Mayhayley’s death, her gravesite at Caney Head Methodist Church is still decorated with fresh flowers, gifts, and pebbles. Her presence remains felt in the Heard and Coweta County areas, and if the coins left on her stone are an indicator, she still has some believers.

The legend of Mayhayley lives on in Coweta County! Mayhayley is the focus of this year’s McRitchie’s Haunted Mansion hosted by the Newnan-Coweta Historical Society on October 23 and 30 from 4 to 7pm.The Haunted Mansion tour is a family-friendly event with a low “scare factor.” Actors play the ghosts in each room and carry out a vignette as guests walk through the home. The “haunted scenes” pays homage to the history of the house with vignettes inspired by the history of Newnan and Coweta County (with a little added Halloween spookiness for fun!).

Newnan-native Emily Kimbell is the director of the Newnan-Coweta Historical Society and McRitchie-Hollis Museum. Emily is a PhD candidate at Georgia State University where she also teaches English Composition courses and is an active member of her community often seen on stage in local theatre productions and writing for local media outlets.

How to help make Halloween safe for ...

The Little Things: Words have power