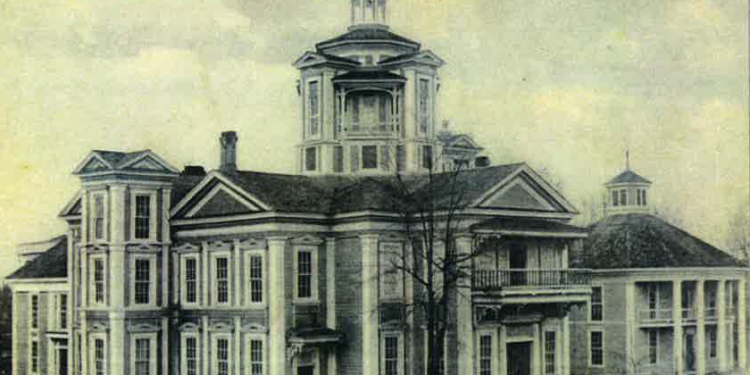 I have lived in Newnan, Georgia my entire life, yet my first real introduction to Newnan’s fascinating Civil War history did not occur until the fall of 2015.

To celebrate Halloween, my family attended a local ghost tour that intermingled tall tales of spirits and ghost sightings with the historical stories of town’s past that made the stories seem just a bit possible. What I remember most about the tour is stopping in front of the courthouse as the tour guide spoke of the wounded soldiers that spent their final hours on that lawn. I immediately became fascinated by the men and women involved in war and wondered about their lives, families, and their stories.

An avid researcher since childhood, I spent the night investigating, and eventually stumbled across mention of College Temple, an all-women’s college that had served as a hospital site. I quickly learned that not much history had been documented about the college, and I made it my mission to discover its story. Information on College Temple proved to be limited at best, so I contacted Elizabeth Beers—local historian and previous President of Newnan Coweta Historical Society—for an interview. I have conducted interviews in the past, but this one was incredibly memorable as it quickly turned into Ms. Beers putting me in the back of her car and driving me around town in search of historical sites. She drove me to the historic home that once served as part of the College Temple campus then to the beautiful gravesite of the college’s founder, Moses Payson Kellogg. The “interview” ended with a trip to the Newnan-Coweta Historical Society’s archives, where the curator had already pulled a file folder full of College Temple records. For hours, I searched through student publications, alumni directories, student notes, and course catalogs.

Ever since my introduction to College Temple, I have dedicated time and research to learning the story of the school, its founder, and its students. The history of College Temple formed the foundation of my thesis and is also now the subject of my dissertation that I am currently completing for my PhD at Georgia State.

College Temple is a fascinating and impactful part of Coweta County history. The school opened in Newnan as an all-women’s school in 1853—a time in history when women attending higher education was a fairly new concept in the South. It was allegedly the first to grant women a Master of Arts Degree, and despite its closing in 1889, only thirty-six years after its opening, the college created a space for women to write, learn, and connect with their community. College Temple was both locally and nationally famous for its periodical “The Fly-Leaf” which was written and published by the students of the school and was the site of the one of the first printing presses on campus, used to create a student-published and locally distributed newspaper called The New Departure.

Between 1853 and 1881, College Temple saw over 3,900 students enter its classrooms. Due to the school’s changing structure (College Temple added a preparatory department in 1856 and became coeducational in 1881), the school taught students of all ages and its graduates went on to become community leaders, club presidents, writers, and teachers. College Temple certainly made an impact in our town and the story of its students, teachers, and supporters is still yet to be fully told! 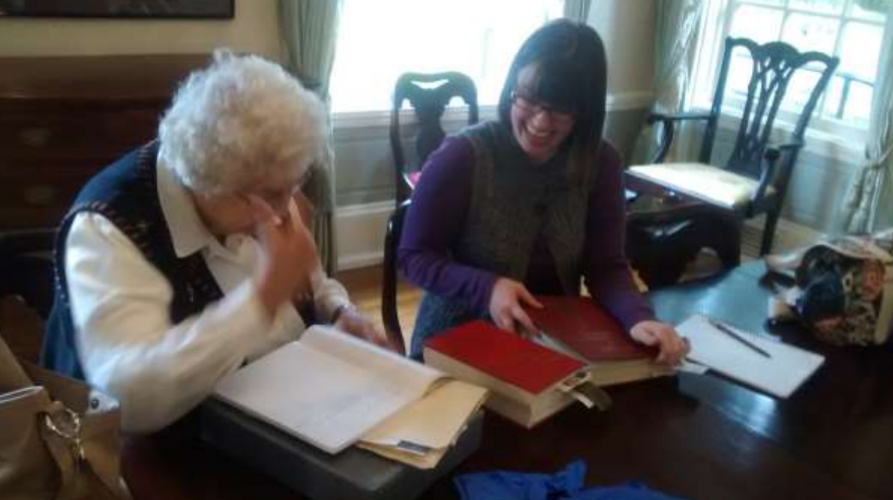 Emily Kimbell and Elizabeth Beers conducting research on College Temple at the McRitchie-Hollis Museum in 2015.

Mr. Personality: Everyone ‘get a grip’