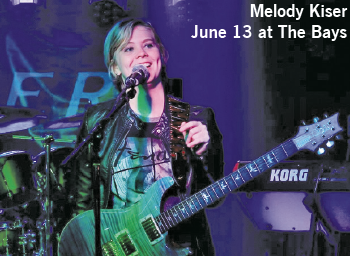 We love summer with all of the fun family activities, special events, delicious summer menus & lots of local and live music offered up in Newnan & surrounding areas.

On the patios, in the parks, & auditoriums, & in our local pubs and restaurants – all genres, super talented local artists are playing to their favorite audiences. See you out at a show soon!

Below is a listing of local venues with artists scheduled through the end of the month and into early July.

6/14 … Hunter Callahan, 9 p.m.
6/15 … 20 Ride – Zac Brown Tribute Band, 10 p.m.
6/29 … Breaking Southwest*, 9 p.m.
*Country group representing Texas pride and tradition as well as the unique flavor of that region. Proud of their history but also want to “break the mold” of what is considered traditional Texan.

6-9 p.m. every Tuesday and Thursday

7/6 … Every first Saturday of the month, 10 a.m.
On the Courthouse square steps, & green. Be a part of this over 10 year tradition of playing music by singing along or bring an acoustic instrument and join in! All levels welcome.

6/13 … Lerogie, 6-9 p.m.
7/11 … THEM, 6-9 p.m.
Free event. Food trucks will be on site to purchase food, as well as a small artisan market. Some downtown businesses will stay open late during the series to feature specials and promotions for shoppers and guests.

Kris Youmans is originally from Savannah, GA where she was part of the River Street music scene early on and is greatly influenced by music of the southern culture. Kris’ interests are focused on local music, organizing music fundraisers, her three grown children, life on Pierce Chapel & Hank the Dog who also has an ear for music!. Contact Kris with questions, comments, suggestions or just to say you like her column by emailing: [email protected].

Campanile’s Home Inside & Out: Summer Sales ...