The Music: Local and Live in May 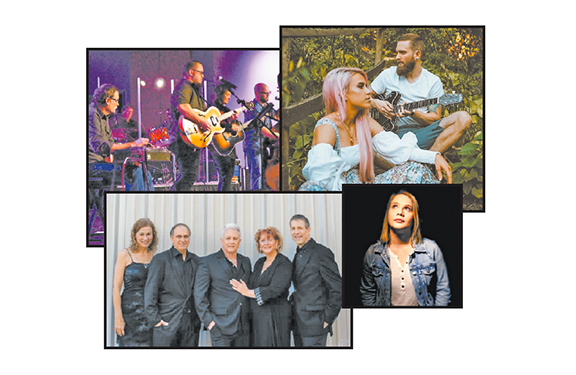 There was a ‘study’ done somewhere that compared how activities such as dog walking, yoga & attending music concerts affected our happiness and overall well being. Listening to music was the clear winner and increased self-esteem & sense of closeness to others. Perfect! It’s time for some live music at one of the best events of this year.

The #NEWNANSTRONG Music and Arts Tornado Relief Benefit is set for May 8th starting at 5 p.m. in downtown Newnan and will feature music & art for everyone with donations going to tornado victims. It’s a free event, but there will be donation areas for those who would like to give. There will be music & art covering the downtown area. We are the community that gives. Here’s a way to be a part of the cause while listening to our great local & live music!

PICKIN’ ON THE SQUARE
Around the Courthouse Square in downtown Newnan

On the 1st Saturday of every month. This event starts around 10 a.m. and goes until 2 p.m. and is for all ages and levels of play. Join in the fun by singing along or bring your acoustic instrument. Lots of networking for musicians going on during the performances.

Doug has some great musical plans in the works! He’s recording at Bakos Amp Works in Atlanta & looking forward to a release date in late spring/early summer. He’s in the process of mixing and mastering his own projects as well as collaborating with some of his favorite musicians & friends …First Single from new CD is titled RIVER & will be released May 14th.

Also check out the album Roots & Boughs (acoustic guitar instrumentals) on his website.

Daniel is working on his new EP ‘KEEPSAKE’ to be released Summer 2021.

His newest album “I Win” was written in the Spring of 2020 during lockdown.

The Associated Press says “I Win is a quarantine accomplishment, craft & care are reflected in the way he packs clever rhymes and wordplay into concise tunes.”

HeyDreamer is recording their second album at Real2Reel Studio in Jonesboro. Will Turpin from Collective Soul is producing the album and the band loves every one of these new songs! Big announcement for the band is that they will be playing the Mello Festival in the UK in May this year.

JEANINE DUKE …  is well known in Newnan for playing the music we love to sing along to. Jeanine says she loves being with people and music is one of the paths that leads to developing friends & fans. Family is very important to her, and it was her older brother who introduced her to music. He left his Kay guitar with her when he returned to the Navy & Jeanine was mesmerized. James Taylor, Carole King & other folk artists from that era, influenced her songwriting early on.