The Shopper Real Estate: Are the holidays the ‘slow season?’ 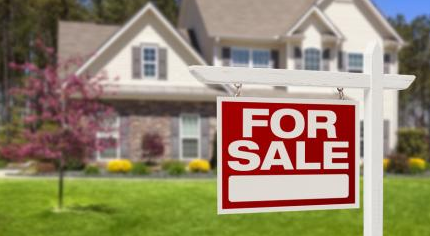 The holiday season is a time for being with your family and friends and celebrating. You would think real estate is the furthest thing from someone’s mind.

It is not uncommon, in our business, for a homeowner to take their listing off for the holidays or wait to list a property until after the first of the year. The general opinion is that buyers will not be focused on a home search around the holidays. Most corporations will not relocate an employee this close to the end of the year either. Many people believe that properties take a longer time to sell and average sale prices drop during the holiday season, but is that true?

The spring time is considered our busiest time in real estate. That is statistically true per The Georgia Multiple Listing Service (GAMLS). From April 1st, 2016-to June 30th 2016, there were 843 single family detached homes sold in Coweta County. From November 1st 2016- to January 31st, 2017, there were 603 homes sold. There were similar numbers in 2017, as 837 homes were sold in the spring compared to only 589 during the holiday season. A smaller number of homes are being sold during the “slow season” of real estate but that is not the entire story.

What does all this mean? The myth of the “slow season” of real estate has had some truth to it the last two years. Yes, less homes were sold, and it took a little bit longer to sell the properties. However, that did not affect the sales price drastically. In fact, in the winter of 2016, sellers actually received more for their house, on average, then the springtime of that year, per GAMLS.

If you are considering listing your home in the winter or holding off to spring, here are a couple factors to consider that influence the numbers above. One is supply and demand. We typically have less listings during the winter so there is a smaller supply. If demand stays steady or grows, your home is in a position to gain value and stand out among the smaller supply of listings. Another factor is interest rates.

As rates continue to rise, that decreases what a buyer can afford to buy with a home loan. Interest rates are predicted to be higher in the spring of 2019, so a home is more affordable right now then it will be in the near future.

Jess Barron is an Associate Broker with Lindsey’s, Inc. Realtors and President of the Newnan-Coweta Board of Realtors.