The View from the Loft: Let’s Hear It for the Band! 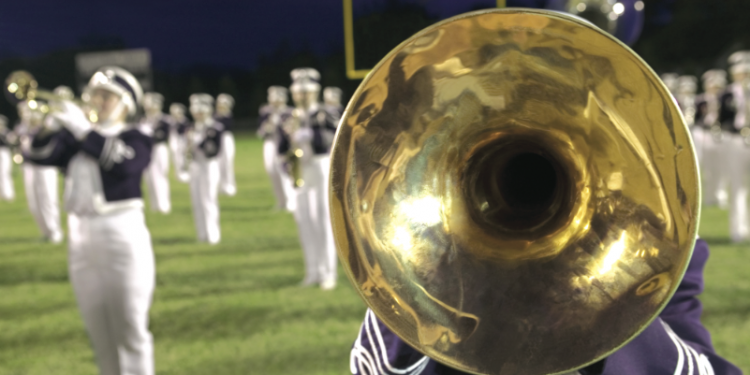 I love autumn.  One of the great experiences in the fall is football – high school and college.  Crisp cool nights, bright lights, hot dogs, cheering crowds and proud parents are all part of this great American experience.

The soundtrack for all of that is the thunder of drums and the distinctive sound of a marching band. As a former band member, I feel compelled to not only speak up for these guys to make sure that as many people as I can reach understand the work and sacrifice that these kids put in with only a fraction of the glory that the athletes garner.

College and high school band practice begins between the end of July and the middle of August during the most oppressive heat of the year.   Band directors, teachers and staff begin even earlier. They conceptualize half time shows, design the precision movements, choreograph the action of musicians, twirlers and drill teams, and sometimes they even arrange the music.  They then rehearse inside until the performance is ready to take down to the field. Band members must perform musically and physically in order to provide the experience you have inside the stadium.

By game time, countless hours of rehearsal and tons of sweat are combined with dedication and a love for what they do to deliver their product.  I won’t even discuss the dedication of parents who carpool, volunteer and put their normal life on hold to accommodate band practice, performances and parades on holidays while everyone else in the world is enjoying the fruits of their labor.

I don’t understand why the dedication of hundreds of band students, the contributions they and their parents have made and pure joy they bring to the day is ignored by the broadcast media.  By the way, many of the band members are scholarship students, just like football players.

Picture, if you will, a chilly afternoon or night, bright lights  glaring down and the excitement of a game without the earthquake of drums, the crisp sound of trumpets and trombones, colored flags flying in unison, school colors splashed from end zone to end zone in sparkling sequins and stirring the melodies of beautifully executed music … now LET’S HEAR IT FOR THE BAND!!

When Local History Gets Destroyed