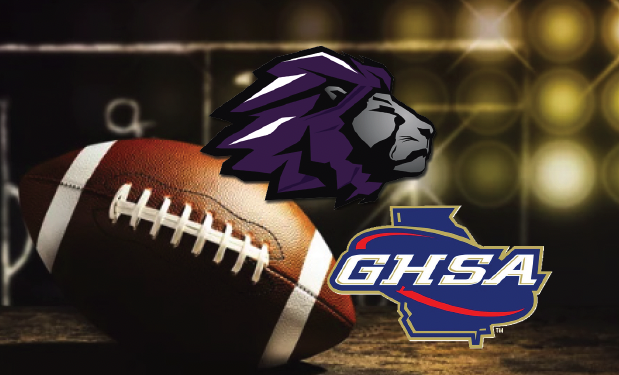 Survive and advance, a common cliche’ used during playoff times in sports. It applied to the top-ranked Trinity Christian Lions on Friday night in high school football action.

It took two overtimes and an entire night of playing catch up, but the visiting Lions found a way to dispose of perennial power Eagle’s Landing Christian Academy, 48-45. The victory punched Trinity Christian’s ticket into the GHSA 1-A Private State Championship on Thursday as a rematch of last year’s title game with Prince Avenue Christian awaits.

Quarterback David Dallas found Aaron Gates for the winning touchdown in the 2nd overtime after ELCA (7-7) had to settle for a field goal on its possession. The Lions, now 13-0, trailed a total of five different occasions in regulation during Friday’s semifinal contest.

Overall, the game was tied six times, including a 14-14 deadlock at halftime, 28-28 at the end of the third quarter and 35-35 at the end of regulation. In fact, the fourth quarter ended with a bang as ELCA’s Charlie Gilliam scored on a 31-yard TD run with only 1:31 remaining. However, a personal foul against the Chargers was applied on the ensuing kickoff, giving Trinity Christian good field position to start its game-tying drive. Dallas connected with Bryce Wilcox on a 40-yard TD pass with only 31 seconds left to tie the game and send it to overtime.

Head coach Kenny Dallas and his Lions’ victory sets up Thursday’s GHSA 1-A Private State Championship Game against the Prince Avenue Christian Wolverines, a 38-28 winner over Fellowship Christian last night. Prince Avenue, now 13-1, defeated Trinity Christian 41-21 in last year’s 1-A Private Championship. The game will kickoff at 5 p.m. in Georgia State’s Center Parc Stadium (formerly Turner Field). Tickets are $20 and can be purchased at https://gofan.co/app/school/GHSA. According to the GHSA website, tickets will not be sold at the stadium on the day of the game.

The Music: Local and Live in December