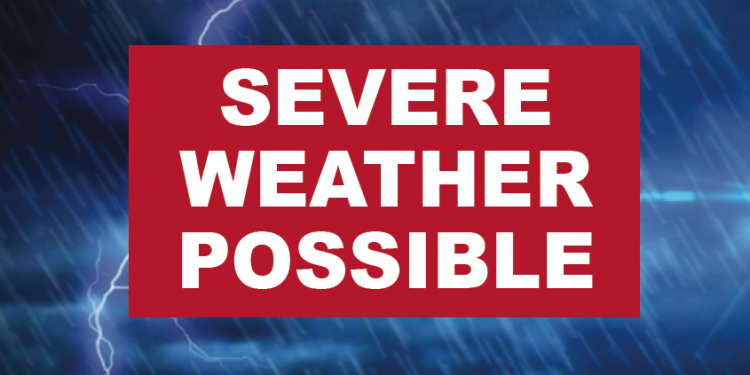 UPDATE (9:55 a.m. – Thursday) – The National Weather Service has just adjusted its category zones for severe weather today, dropping Coweta County from a 3 (Enhanced Risk) to a 2 (Slight Risk). There is still a chance for severe weather with strong thunderstorms and damaging wind later today and into this evening, but the tornado chances in the Coweta area have been reduced. 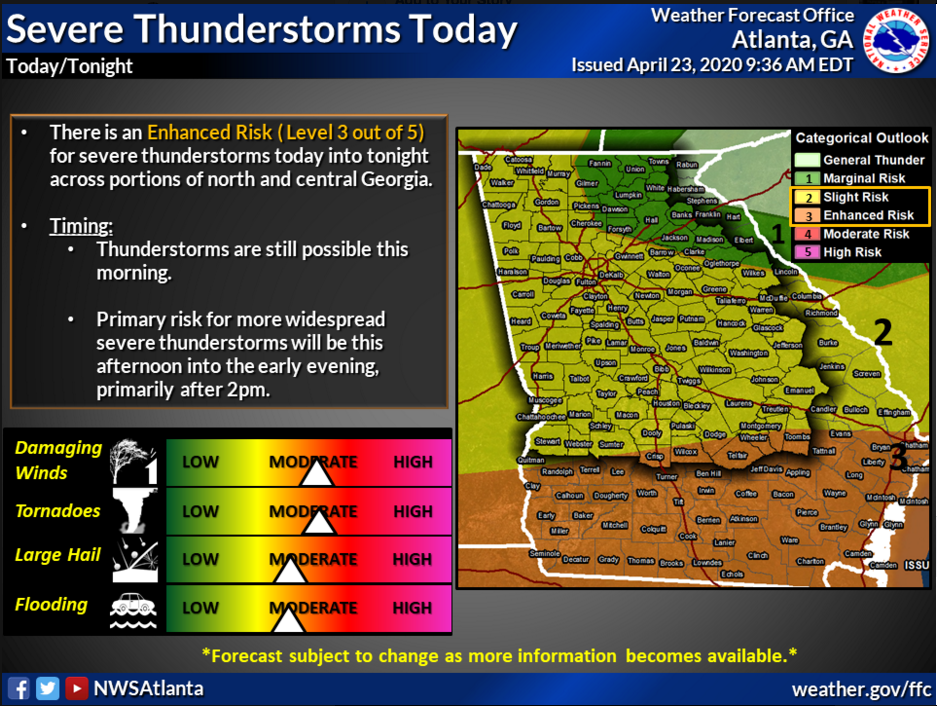 UPDATE (6:30 a.m. – Thursday) – From the National Weather Service in Peachtree City … Likely two rounds of rain and storms today. The first will be between 7 a.m. and 1 p.m. Thunderstorms are possible in the first round with some gusty winds. It’s the second round later today that the greatest risk for severe weather. That second round will be sometime after 3 p.m. and into the evening hours. The greatest threat then will be strong thunderstorms, damaging winds, large hail and tornadoes.

For the third time in 12 days, Coweta County and Georgia will get hit with another round of strong storms, lightning, damaging winds and possible tornadoes as a system moves in from the west on Thursday.

The National Weather Service in Peachtree City says strong to severe thunderstorms are likely across north and central Georgia, including Coweta County and surrounding counties, on Thursday with a low-pressure system bringing multiple waves of hazardous storms through the forecast area. This will be an all-day weather event.

Recently, the area was hit with storms that produced at least 22 tornadoes in Georgia on Easter Sunday, April 12. Most of the damage from those storms was north of I-20. Then a week later (April 19), another storm system moved into Georgia with the most severe weather remaining south of Macon.

The severe threat here in Coweta County will begin Thursday morning as it starts in western Georgia, and will persist through Thursday night as the system exits eastern and central Georgia. Any thunderstorms that develop will have the potential to create strong damaging wind gusts up to 60 mph, large hail over an inch in diameter, and tornadoes, some of which have the potential to be strong long-track tornadoes.

Rainfall amounts of 1 to 2.5 inches are also forecast over the area, with locally higher amounts possible where storms persist for longer periods of time, which will pose a threat for isolated flash flooding.

The official forecast for tomorrow from the NWS is below:

THURSDAY NIGHT – Showers and thunderstorms, mainly before 11pm. Low around 56. South wind 10 to 15 mph, with gusts as high as 20 mph. Chance of precipitation is 80%. New rainfall amounts between a quarter and half of an inch possible. 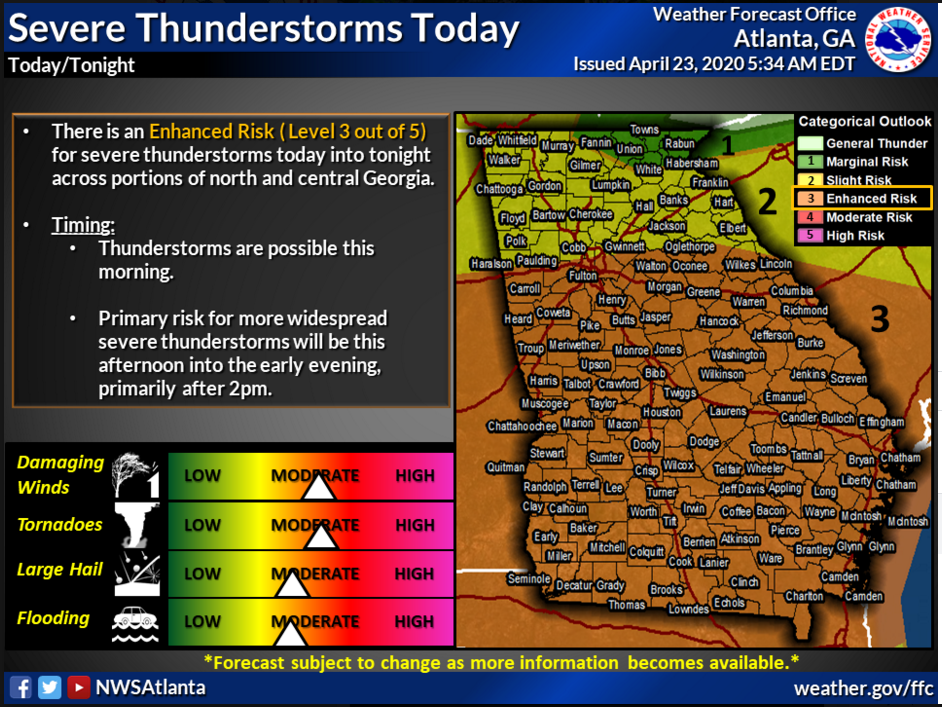 From The National Weather Service at 5:30 a.m. today (Thursday).