View from the Pines: The 17-inch Plate 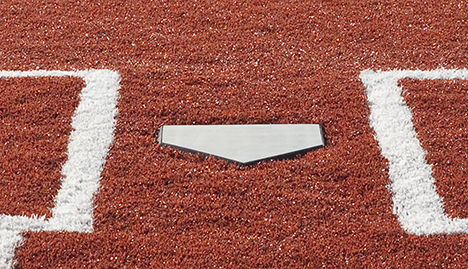 I’m a big picture kinda guy. I really make an effort to not get bogged down in petty arguments or personal attacks … unless I need to.  I’ve been observing from ten thousand feet for the last few months, and I think I see the results of a societal trend working its way through the system.

Maybe I’m just old and out of touch, but at least I have the chance to write about my observations. The government, the end of the pandemic and the start-up of the economy have made this very clear to me. There is a generation of people who are now coming into control who grew up in a world where everybody got a participation trophy!

I would never tell anybody how to raise their children. I have a 30-something daughter and many family and friends who are in that age group and who are now raising small children. Now, I’m not in favor of corporal punishment or any kind of child abuse, but when I listen to the narrative in the country today and then watch people who have small children, I must wonder.  When I was growing up, “because I said so” was a reason.  I may not have liked it, but it was a reason.

My parents did not suggest that my sister and I have a quiet moment and then think about a way to mediate our argument. I did not, nor did I allow my child to run around unsupervised in restaurants, up and down airplane aisles or in department stores. I said what I expected once and if it happened again my next action was not based on my concern for the child’s self-esteem for having been disciplined in public.

The important thing to teach is that all people are different, all people have value, all jobs have value, everybody loves somebody, everybody is somebody’s mother/father/sister/brother/cousin/ friend.  If we don’t teach the hard lessons early, we end up with irrational thinking privileged people who believe they are entitled to everything.  All jobs don’t pay a living wage, college is not free, a lot of people don’t even belong in college, law enforcement is necessary and everybody who does not award you what you think you deserve is not sexist, homophobic or racist (which has become the catch phrase for everybody who doesn’t get what they want).

I can’t remember the famous baseball coach’s name, but I remember what he said.  In Little League, high school, college and the major leagues, home plate is 17 inches wide. In Little League we give as many people as possible a chance to throw the ball over the plate. By high school the field has narrowed to fewer people who can actually do it. By college it’s very clear who is talented at that task and who is not.  The Major Leagues weed out 99% of all the people who have ever attempted it and if the ones they choose can’t do it perfectly then they get rid of them … but home plate is still 17 inches wide.  We don’t adjust the size of the plate to accommodate mediocrity. We nurture the talent, drive, physicality, skill and willingness to not give up until they can hit the 17-inch target.

Instead of teaching children that everybody is entitled to the same thing, maybe we should just help them find their 17-inch home plate.