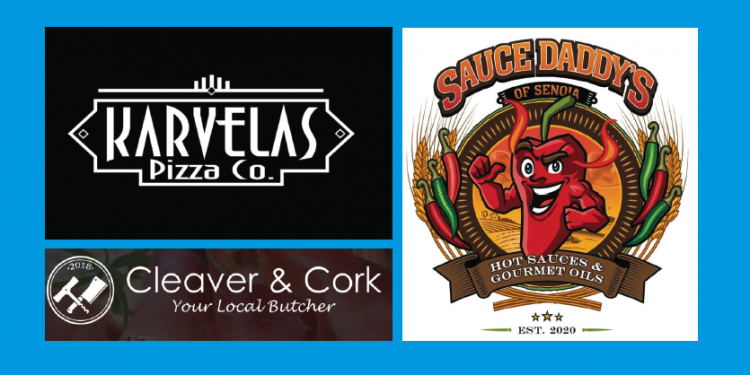 Some new businesses are popping up. Karvelas Pizza Company and Cleaver and Cork, an upscale butcher shop, have both opened in downtown Newnan. Over in Senoia, Sauce Daddy’s offers their own brands of olive oils and balsamic vinegars. They’ve also got a ton of hot sauces if that’s your thing.

The easiest way to stress anyone out is to just shout “catch.”

East Coweta High School named and dedicated the basketball court in Thrower Gym – Paula Jones Court – on Friday, Dec. 11. Paula Jones coached for 25 years, posted over 500 victories and led the East Coweta girls squads to 10 state basketball appearances. She is also a member of the Coweta Sports Hall of Fame.

Two local schools shut down temporarily due to coronavirus concerns. First Baptist Church’s pre-school closed until the start of the new year. Odyssey Charter School moved to virtual learning through the end of this year and is planning on going back to face-to-face in January.

Just call our own state senator the state’s Top Firefighter. Sen. Matt Brass from Newnan was recently named as Legislator of the Year by the Georgia Association of Fire Chiefs and the State Firefighters Association. That guy is on fire!

According to 11Alive, a report by High Speed Internet took a look at the most popular Netflix show in each state. The show that Georgians watch the most is “Schitt’s Creek”.

A Christmas tree next to a roaring fire isn’t so quaint when you realize it’s a tree watching its friends being burned alive.

East Coweta High School spent the last three days of the semester in the virtual world due to a big increase in the number of COVID-19 cases, which in turn led to more students and staff in quarantine. And East Coweta, Newnan High School and Northgate High School all started the first week of the new semester in January virtually because of high COVID numbers.

More than 1,250 University of West Georgia graduates recently walked the stage during the institution’s first in-person Commencement ceremony in 2020, with UWG President Dr. Brendan B. Kelly informing the new alumni that the world needs them now more than ever. “The world needs ingenuity, and we need innovation,” Kelly said. “We need people who can think creatively about the world and begin to help us invent the future, whatever it holds,” according to a UWG story.

Just for giggles, here’s the Top Ten list of the most checked out books of all time from the New York City Library. The Snowy Day; The Cat In The Hat; Where The Wild Things Are; To Kill A Mockingbird; Charlotte’s Web; Fahrenheit 451; How To Win Friends And Influence People; Harry Potter And The Sorcerer’s Stone; The Very Hungry Caterpillar.