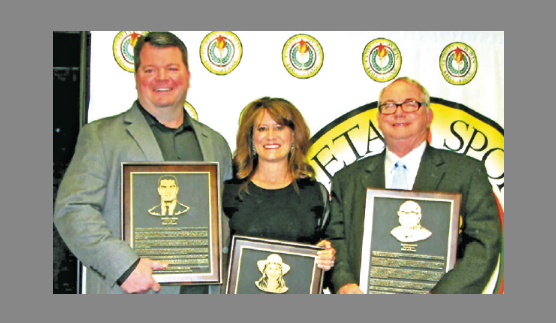 The 2020 Coweta Sports Hall of Fame Class inductees – Robin Byrd Goad, Lloyd Knott and Terrell Reed – were honored at its induction banquet on Saturday, Feb. 8 at the Coweta Fairgrounds.

Robin Byrd Goad has won 20 international medals, including two Golds, and is ranked among the top females in the world and the most ever won by an American female weightlifter. She was also a member of the inaugural Women’s Weightlifting Olympic Team.

Terrell Reed was a multi-sport athlete who spent 26 years coaching and teaching, including 24 as teacher and coach at Newnan High School. He served as head basketball coach for 15 years and won more than 200 games. He was named Region 6-AAAA Coach of the Year in 1981-82 and won the Region 6-AAAA championship his first year. He passed away in 2009.