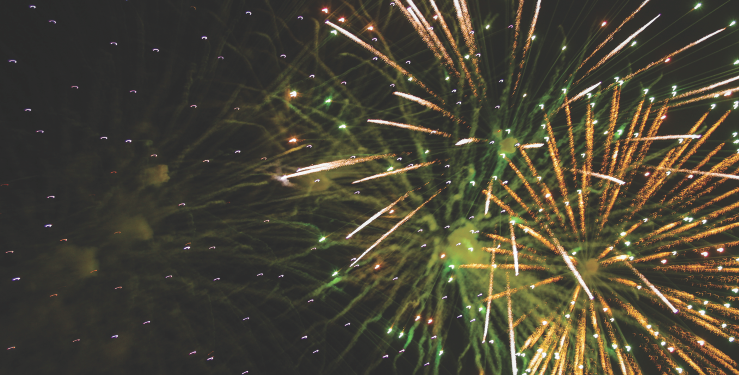 For folks with New Year’s Eve and New Year’s Day plans, the weather will be basically a non-factor in your plans.

According to the National Weather Service in Peachtree City, sunny skies with highs in the mid-50s are in store for both Tuesday and Wednesday. On New Year’s Eve night, look for clear skies and cold temperatures with lows near 33 and a Northwest wind of 5-10 mph.

Here’s the 48-hour forecast for New Year’s from the NWS:

NEW YEAR’S NIGHT – A 30 percent chance of showers after 1am. Mostly cloudy, with a low around 40. 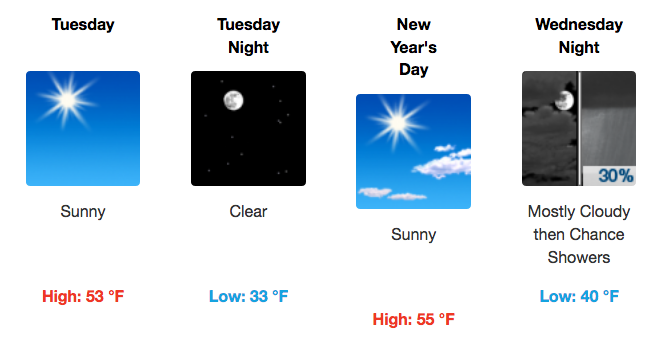