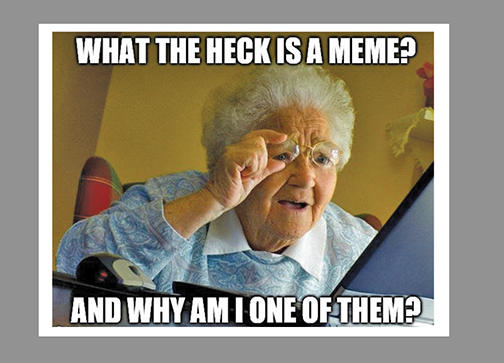 It has gone from a site where people shared photos of their cats, family vacations and their oh-so-perfect life, to a cesspool of anger where they will even disrespect your mother – whom they have never met – if you are not on their side of (fill in the blank issue).

1. Trump is the closest thing to the antichrist/ Trump was sent from God as our last hope.

3. COVID is serious and has killed more than 500,000 Americans/It’s just another flu and all these precautions are stupid.

If you step into any of those conversations, you will eventually lose friends, gain new ones you barely knew before. You might even kick your dog because you are so mad. Don’t kick your dog.

You will determine that some of your friends, or now former friends, are, well, just idiots.

I think our columnist, Jim Coleman, said it best in his last column when he pointed out that no one’s mind has ever been changed in an argument on Facebook, so why bother. Well said.

Full disclosure. I have a Facebook account, my dog, Taku, has a Facebook account, and our company, Winters Media, has one as well. We use the latter to promote our advertisers, share our columns and news stories and try to be upbeat about our community.

I should probably take Jim’s advice more often, but when I see someone posting something that is, well, just not based in reality, I have been known to sorta jump in at times. Hard. I am trying to be more pleasant but …

It all starts with memes. And what is a meme you ask? It is defined as: “a humorous image, video, piece of text, etc., that is copied (often with slight variations) and spread rapidly by internet users.

So this cute grandma is a meme, and it is funny. And it is spread throughout the Internet.

Someone put up a meme from some witch doctor who has found the “cure” for COVID and half the Internet believes her – because it was on Facebook, so it must be true. As an aside, I am not kidding about the whole witch doctor thing.

My favorite meme is the one of President Abraham Lincoln saying, “Don’t believe everything you read on the Internet.” I have had people ask me where he said it, and what was the occasion that brought about said comment.

Please don’t believe everything you read on the Internet, especially if it somewhat agrees with your point of view about alien invaders, secret fat busting pills or anything, and I mean anything, political. I can assure you suitcases of votes did not just show up in Fulton County.

Facebook needs to just go back to being what it was – a “social” network where you would not be embarrassed to invite your future in-laws or your grandmother to see anything you posted or that was posted on your sacred wall.