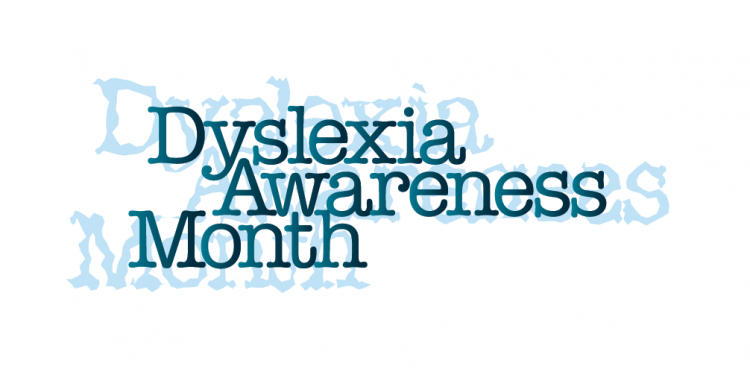 The local nonprofit Can’t Never Could (CNC) is observing October as Learning Differences and Dyslexia Awareness Month. CNC supports those with learning differences and dyslexia through its scholarships to Squirrel Hollow Summer Camp at the Bedford School in Fairburn.

One of Can’t Never Could’s co-founders, the late Rob Estes, had dyslexia, and it was his struggle with dyslexia that caused Rob to say “I can’t” do something, resulting in Rob’s mother famously telling him, “Can’t never could.” According to the International Dyslexia Association (IDA), while dyslexia can make reading more difficult, almost all of those with dyslexia can learn to read if they have the right instruction. Many people with dyslexia go on to accomplish great things, says the IDA, noting that Thomas Edison, Stephen Spielberg, F. Scott Fitzgerald and Charles Schwab all had dyslexia.

Sara Ashley Estes, the daughter of CNC co-founders Rob and Christi Estes, has dyslexia and recalls the challenges it caused her. “I remember realizing I was a little different than the other kids, specifically in kindergarten. I watched as all the kids in my class conquered their sight words. That entire school year, I learned two words, ‘the’ and ‘a.’ Every morning, we would come into class, and we would draw in our journals before class started and write a sentence that corresponded with our drawing. My sentence was the same that entire school year. ‘I like to play.’”

Estes says she found hope in overcoming her struggle of catching up with all the other kids when she attended her first Squirrel Hollow camp the summer after kindergarten. “In that first two weeks of camp, I learned how to count to 100 and read a handful of words, which is way more than I ever achieved in the entire year of kindergarten.”

Since her dad had dyslexia as well, Estes said, that helped give her parents hope, “Because if he could handle it, I certainly could. I never really knew how far I was behind the other kids because I was just a little kindergartner.”

Now a freshman at Clemson University, Estes says her learning disabilities haven’t kept her from achieving her goals. “Sure, I’ve had to find my own methods of learning that help me succeed, but if you have the willpower and determination to prove to everyone else that you are capable of just as much as a ‘normal’ individual, if not even more, you will surely succeed. It’s very important to figure out what works for you!”

Rachel Kinrade of Newnan, daughter of CNC Board Member JoAn Kinrade and her husband, David Kinrade, has also achieved success despite being diagnosed with dyslexia in second grade and struggling through school. “My mom was an elementary school teacher at the time and noticed the difficulties I was having. My personal struggles were reading, reading comprehension, numbers, and figuring out what a question was asking and how to come up with the answer.” In middle and high school, Rachel and her parents worked with her teachers to create a specialized plan for her. “My teachers saw how hard I would work in school, and many students didn’t know I had a learning difference. I was often perceived as ‘the smart girl’ or the ‘goody-goody,’” she says.

When Rachel was a senior in high school, her counselor told her that she wouldn’t make it through college because of her learning difference. “I believed her and, to this day, cannot believe she said that to me. I changed my track from college prep to technical prep. From that moment on, I believed that I could not make it because of my learning difference. It defined me and who I was.”

Rachel graduated from high School in 2009—with honors. After graduation, she enrolled at the Art Institute of Atlanta and earned an associate’s degree in Culinary Arts with a concentration in Baking and Pastry. But Rachel’s dream had long been to attend the University of Georgia (UGA), and she graduated in May of 2018, although that degree did not come without challenges. After getting accepted to UGA, she emailed the Art Institute of Atlanta to see what credits would transfer, if any, and learned that she had been accepted to UGA in error. Still, the school kept its word and allowed her to enroll. Ending up with a 1.49 GPA after her first semester, Rachel got retested for dyslexia, got accommodations for her classes, and was given the resources she needed to accomplish her dream of graduating from UGA. “I worked hard my whole life for that, and I will be forever grateful to the professors,” she says. She also served on the Disability Resource Center’s Students Bureau at UGA so she could help others on campus who needed extra resources.

Today, Rachel works for the Girl Scouts of Greater Atlanta as an Assistant Camp Director at Camp Meriwether in Luthersville. “One of the most important things I learned was that I am not defined by my learning difference, and I am able to do hard things,” she says. “My advice to others with learning differences is to never give up! Always chase your dreams, no matter what people tell you or how hard it may be.”

Rachel noted that she shares a “life verse” from the Bible with Rob Estes—Philippians 4:13, which says, “I can do all things through Christ who strengthens me.”

“I actually have it tattooed on my left wrist,” Rachel says. “Every time I see the word ‘Strength’ and ‘Philippians 4:13,’ I think of him and the impact he had on my life.”

While Rob didn’t make it to her graduation at UGA, Rachel said she knows he was there in spirit. “I will forever wish I could have one more bear hug of his. His perseverance and similar story through adversity and learning differences got me through, made me strong, and gave me the ability to keep being passionate and do the darn thing! He was so special to me, and I will forever be grateful to him and his family for what they have given me.”

For more information about Can’t Never Could, visit cantnevercouldinc.com.