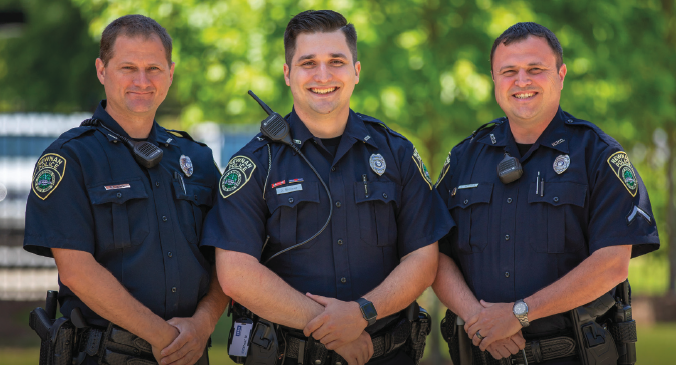 The three officers went above and beyond the call of duty by recognizing a victim’s signs of distress and administering the needed medical attention. Officers Skinner and Spivey recently responded to a call for assistance at a local hotel.

Upon arrival at the hotel, Officer Lewis made contact with the father of the victim. The father stated that his son was unresponsive in the bathroom and that he could not get the door open. Officer Lewis was able to open the door and make contact with the victim. The victim responded neither to the officer calling his name nor giving him a sternum rub. As a result, the victim was administered two doses of Narcan.

Officer Skinner assisted Officer Spivey by getting the victim out of the bathroom, placing him on his side and monitoring him until EMS arrived. The victim woke up shortly afterward. Thanks to the quick actions taken by these officers, they were able to save the victim’s life that night.

Piedmont Newnan created the First Friday Hero program in April 2019, which is designed to recognize first responders on a monthly basis who have gone above and beyond the call of duty. Their line of work is often a thankless job and Piedmont Newnan wants to make the community aware of our local heroes and all they do to make Coweta County and our surrounding communities a better and safer place. 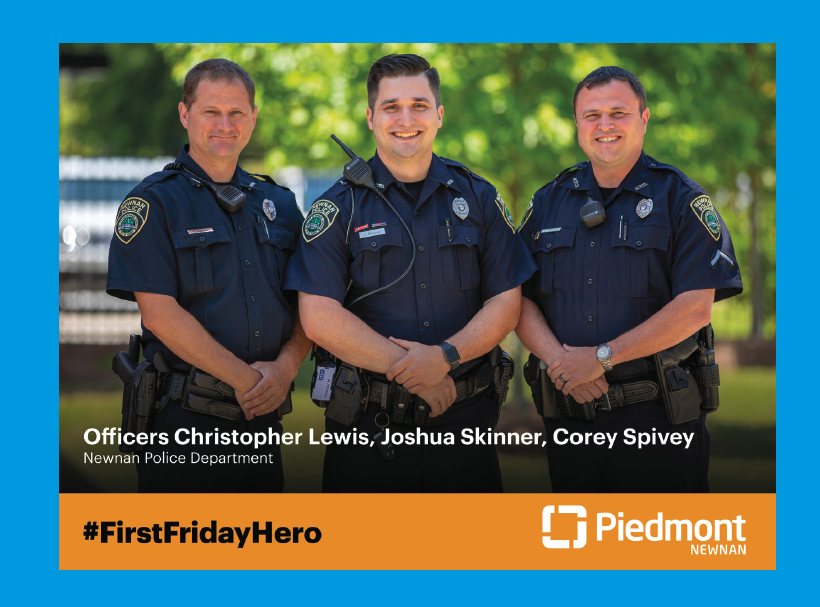