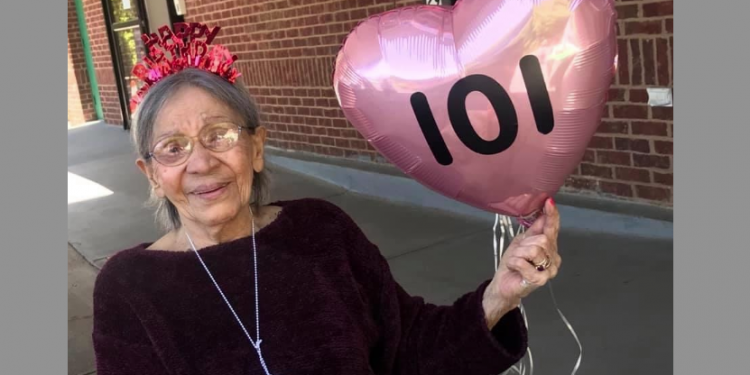 She was born in Las Maria, Puerto Rico in 1919. Her family moved to New York City when she was a teenager and it was there she eventually met her husband, Alvin. They were married in 1943.

Her husband enlisted in the Army shortly after their marriage and he served in World War II. Nine years after his return from the war, they moved to Miami, Fla., where they lived most of their married life. When Alvin’s health began to decline in the 1990s, they moved to Newnan to be closer to their daughter Marie Umbach and grandchildren. They enjoyed 56 years of marriage before Alvin’s death.

In Newnan, Providencia was a member of a Hispanic church – El Buen Pastor, which was held at Central Baptist Church. She lived in her home here locally until she was 100, before moving to Monarch House in October 2019 following some difficulties with her vision and hearing.

Providencia raves about how well she is treated at Monarch House and says this year’s birthday – albeit her 101st – was not one of her favorites because COVID-19 did not allow her grandchildren to attend. But when you think about it, being able to enjoy 101 birthdays is something worth celebrating! 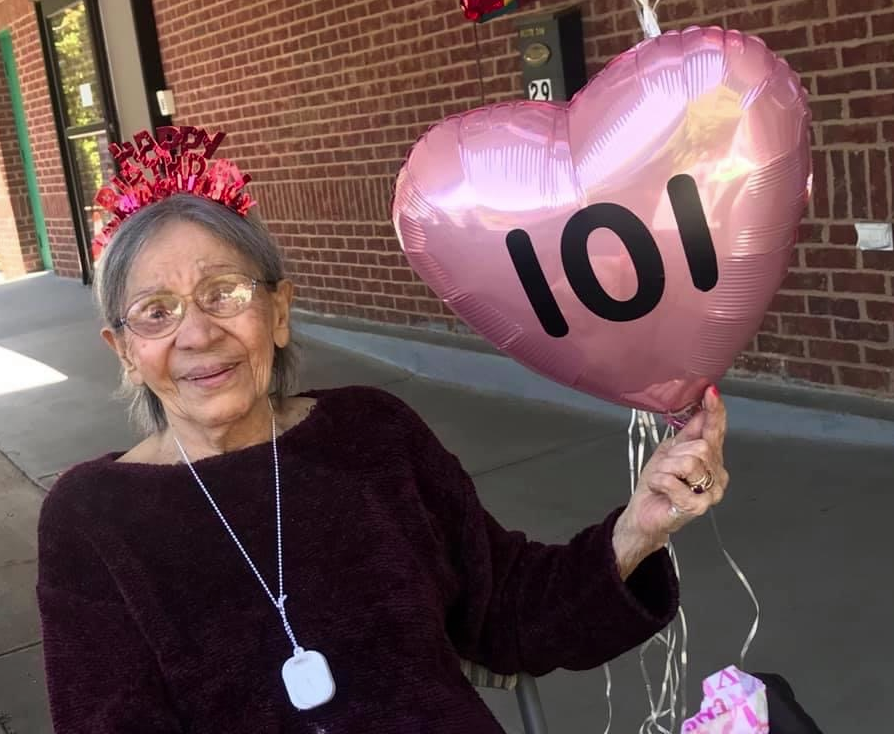