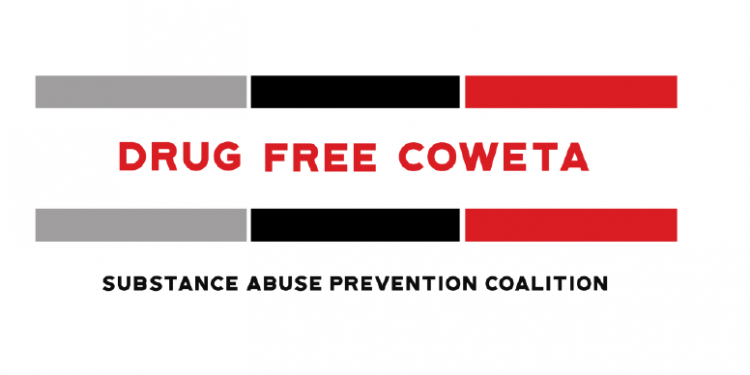 We are fortunate Coweta County ranks high in so many categories, quality of life and the excellence of our schools come quickly to mind.

We also rank fifth in the state – out of 159 counties – for opioid abuse. In layman’s terms, we are illegal pill poppers. All those prescriptions from doctors, dentists and other prescribers are ending up on our streets.

Adults are abusing these drugs. So are teens and at an earlier age than ever before. In some parts of the country, it’s being called an epidemic.

About two years ago, concerned citizens, along with law enforcement, health professions and others formed various committees to look at the problem. The result was a town hall meeting where the results of a county-wide survey were released.

Overall, people knew there was a problem, but not how bad. And teenagers were a lot more clued in than adults. One of the most disturbing findings were that a majority of the pills came from family and friends, whether intentionally or not.

The overall group, now known as Drug Free Coweta, is planning another survey. Like the previous one, it will focus on awareness of the issue, where pills are coming from and ideas on what we can do. This survey will also include questions regarding whether you have learned more about the problem since the committee began.

It is incredibly important we solve this serious issue. And we need your help. Please take three minutes out of your day to take the survey listed below. Three surveys will be going out, the one below to the community, another for students and a third for parents of students.

The results will be released at a future town hall meeting. Thank you in advance. 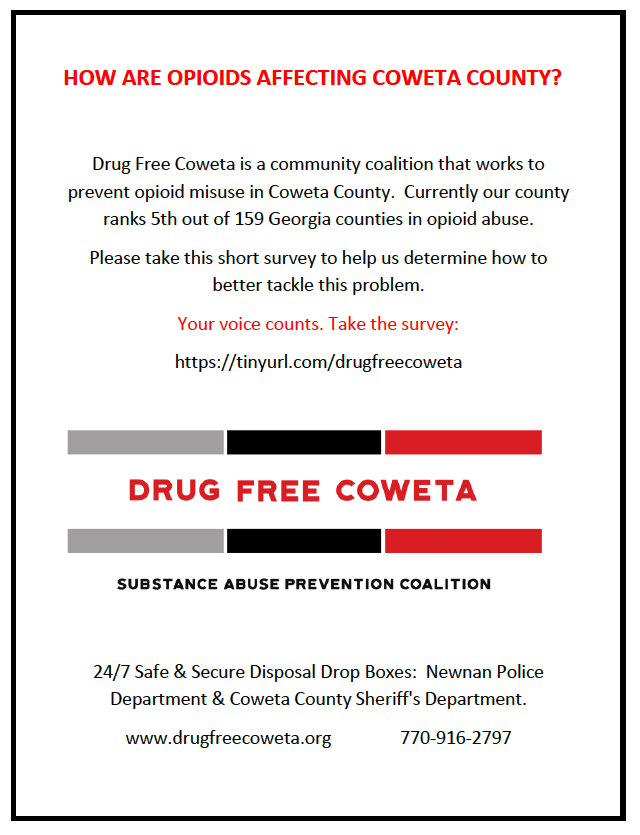