Some things should be important all the time 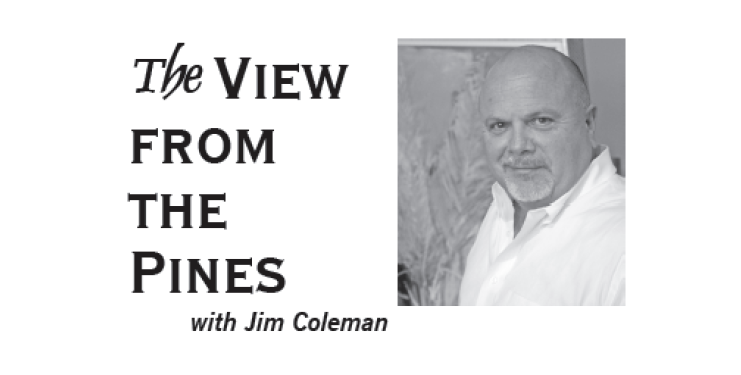 As I try to make this column as timely as possible, it seems to me that as we attempted to wind down a pandemic that idiocy turned to lunacy and then to chaos in one short month.

For some unknown reason we all seemed to be genuinely interested in the earth-shattering news that there is a lack of privacy inside the privileged life of the British royal family.  That was combined with a confession that she had no idea what she was getting into and didn’t even bother to GOOGLE her husband before she married him.

If privacy and a lack of “protection” is what you are worried about, why would you prance around on world-wide television complaining about it.  Just let me say that Meagan Markle’s definition of “cut off” is not exactly the same as mine!  Mark Twain once said, “If people think you are an idiot, don’t open your mouth and remove all doubt”

Then there is poor Delta Airlines.

They paid who knows what to their lobbyist to aggravate the Georgia Legislature into passing a voter reform law that they could at least live with, then they had to cave to internal pressure once the law was passed and issue a memo in opposition to it.  To retaliate, the GOP legislature repealed the excise tax exemption on jet fuel, which will cost the airline hundreds of millions of dollars, the same day that the new Democrat Senator from Decatur called for a boycott of Delta.   Hmmmm.  I guess my grandfather was right when he said, “If you sleep with dogs, you get fleas.”

Then there was the EF-4 tornado.

I am always fascinated how disaster ALWAYS brings people together.  After a year of being sequestered at home with mindless television, with no human contact and stress levels that make you want to slap somebody, here comes something that touches us all at the very depth of what it means to be human.

We are reminded, harshly, that acts of God touch us all … rich and poor, regardless of race, creed, color or national origin or any other differences.  There is no need to expound here on the miraculous examples of compassion and care that have been exhibited in this community in the past days. We have all felt it and witnessed it.  Houses can be fixed, trees will grow back and we will continue on.  We won’t look or feel exactly the same as we once did, but we will carry on.

When I look back on the things that have monopolized our time and attention over the past year, I hope we can all be thankful, in some strange way, for the wake-up call sent to us by nature or God or whatever you call it.  The things that are important in the wake of a disaster are the things that should be important all the time.  We forget that and we slip back into self-centered idiocy and we remain there until the world once again, in some strange way, gets our attention.