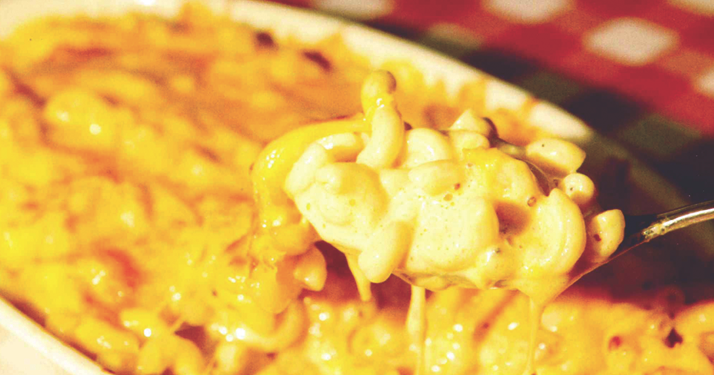 Hosting a Super Bowl LIII party for friends and family this Sunday is a big responsibility.

Each year, well over 100 million people watch the championship game of the National Football League. In fact, according to Nielsen, 111.3 million people in the United States tuned in to watch the New England Patriots’ thrilling and historic comeback victory over the Atlanta Falcons in Super Bowl LI in 2017.

While people anxiously anticipate watching the NFL’s biggest game of the year, many are equally excited to attend Super Bowl parties, where they can watch the game with loved ones while enjoying delicious food and drink. Some Super Bowl party hosts may prefer to have their parties catered, while others enjoy getting in the kitchen to prepare some homemade foods for their guests.

Hosts among the latter group can prepare familiar crowd favorites that are sure to please, such as this easily-prepared recipe for “Crusty Mac and Cheese” from Neal Corman’s “Virgil’s Barbecue Road Trip Cookbook” (St. Martin’s Press).

Crusty Mac and Cheese
Serves 4 to 6

2. Boil the macaroni in a 2-quart saucepan filled with water, until it is al dente, or still has some snap when you bite it. Strain the pasta and rinse thoroughly with cold water. Set aside.

3. Combine the remaining ingredients, except for the shredded cheese, in a medium saucepan over medium heat. The mixture should be barely simmering. Whisk periodically. Cook for 7 to 10 minutes.

4. In a large mixing bowl, combine the cheese sauce with the pasta and about one-third of the shredded cheese. Transfer to the baking dish, covering with the remaining shredded cheese, and bake covered for 10 minutes.

5. Uncover and bake for 15 minutes more, or until the top is golden brown.