The Film Fix: What to binge on Netflix, Hulu and Amazon 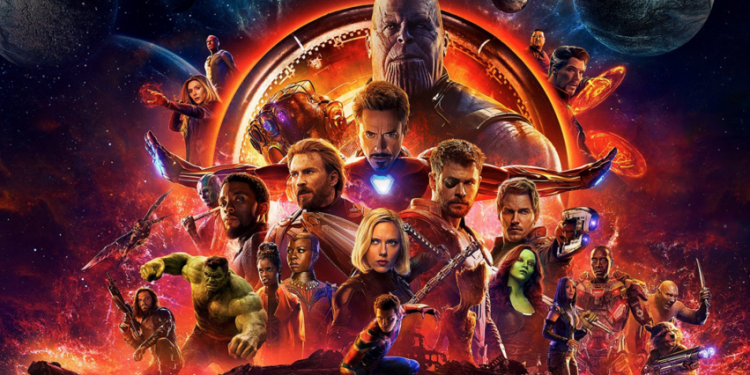 Check out the below list of streaming and big screen options you’ll have during the month of December.

What Movie to Binge:  Avengers: Infinity War (December 25) – Just in time for Christmas, well, on Christmas Day, the biggest Marvel Cinematic Universe adventure yet lands on the streaming giant.  This is the ultimate team-up with just about every hero taking part in the battle against the all-powerful Thanos. Of course, this is one of the last Disney hurrahs for Netflix, as the Mouse House readies its own streaming platform, Disney+, for launch next year.

What to Check Out: Roma (December 14) – Sure to factor into the awards mix, Oscar-winning director Alfonso Cuarón (See “Gravity”) takes on directing and cinematography duties in this foreign language drama taking place in early 1970s Mexico City.

What to Avoid: The Man Who Knew Too Little (December 1) – Not even Bill Murray could save this 1997 spoof of the spy thriller.  The title is a play on “The Man Who Knew Too Much,” a story once tackled by Alfred Hitchcock starring James Stewart and Doris Day back in 1956.  But don’t get fooled, the title is all that may remind you of good cinema. Laughs are few and far between.

What to Binge: Difficult People – If you’re not feeling in the festive mood this season, you might want to watch this acerbic comedy starring Julie Klausner and Billy Eichner.  All seasons are streaming on Hulu now. The story is about Julie and Billy, two aspiring comedians living in New York City. They are not the nicest of souls, which naturally gets them in trouble.  It’s kind of like a stripped down “Seinfeld.”

What Movie to Watch: Sorry to Bother You (streaming now) – Writer/director Boots Riley managed to surprise us with his comedic science fiction satire starring “Atlanta’s” Lakeith Stanfield and “Creed II’s” Tessa Thompson.  The film is about Cassius Green (Stanfield), a down on his luck guy who takes a dead-end job as a telemarketer. When a co-worker (played by Danny Glover) gives him a tip to use his “white voice” when making calls, Cassius becomes a telemarketing marvel.  Naturally, his success opens up doors for him, but not all of them lead to good places. Darkly funny, with rich performances, “Sorry to Bother You” was one of 2018’s top guilty pleasures.

What to Avoid: The Love Guru (December 13) – The decline of Mike Myers was a sad thing to see.  After not fairing too well as The Cat in 2002’s “The Cat in the Hat,” and giving voice once again to the title character in “Shrek 2,” he resurfaced with “The Love Guru.”  A new character for Myers, this one went nowhere. He plays Pitka, an American, who is raised by gurus abroad, and returns to the States to try his hand at the self-help business.  This one is really weak.

What to Binge: Naked Gun Trilogy (December 1) – “The Naked Gun: From the Files of Police Squad” has to be one of the funniest spoofs ever made.  Directed by David Zucker and written by the Zucker/Abrahams/Zucker team along with Pat Proft, the “Police Squad” television series made a massive leap to the big screen with Frank Drebin (Leslie Nielsen) leading the way.  Watch all three funny films including the sequel, “The Naked Gun 2 1/2: The Smell of Fear,” and the third one “Naked Gun 33 1/3: The Final Insult.” Nielsen proved to be an unexpected comic genius late in his career delivering dead pan lines better than anyone in history.

What Movie to Watch: Hereditary (December 27) – This horrifying frightener is about Annie (Toni Collette), a mother of two teens, living a perfectly pleasant life with her loving husband Steve (Gabriel Byrne).  When Annie’s mother dies, she begins to feel odd, and her daughter Charlie (Milly Shapiro) starts to act strangely as well. In time, a creepy presence enters their lives and tragedy strikes.  An indescribably bleak film, that deliberately takes its time to hook and eventually scare the devil out of you, “Hereditary” is one of the year’s best films, if also one of the most disturbing.

What to Avoid: Wild Wild West (December 1) – Back in 1999, it seemed like Will Smith could do no wrong.  And after finding huge success in director Barry Sonnenfeld’s “Men in Black,” teaming up with him again on “Wild Wild West” made complete sense, right?  Nope, despite, yes, wild effects, partnering Smith with gifted actor Kevin Kline, and Kenneth Branagh as the villain, this adaptation of the 1960s television series was a disaster barely making back its $170 million budget with middling worldwide box office returns.

Mary Queen of Scots (review)
Featuring fine work by Margot Robbie, playing English Queen Elizabeth I, and Saoirse Ronan, as the title Mary, this is a handsome but historically dubious telling of the infamous story of the ill-fated Scot. Certain to be criticized for the liberties that it takes with history, we see the power struggle for the crown from each woman’s perspective.  Robbie’s work may get awards notice.

Ralph Breaks the Internet
Brimming with self-aware and topical comedy, Ralph and Vanellope’s new adventure is even better than the last. When the Sugar Rush video game is damaged in the arcade, best friends Ralph (voiced by John C. Reilly) and Vanellope (the voice of Sarah Silverman) have to brave the new virtual world of the internet to find the right piece and fix the old machine.  This leads them into some dangerous places, as the unregulated world wide web proves to be a challenge to navigate. “Ralph Breaks the Internet” is Disney at its most playful and entertaining.