The Film Fix: What to Binge, What to Avoid 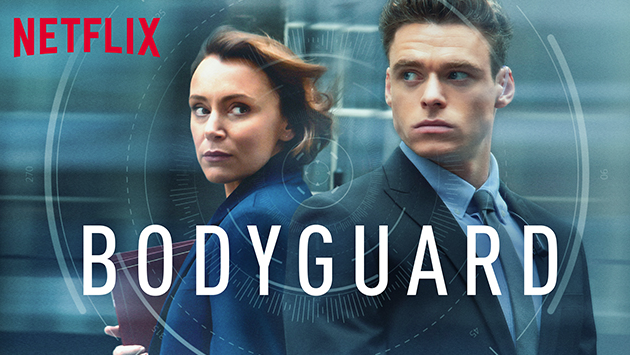 Check out the below list of big-screen and streaming options you’ll have during the month of February.

Stan & Ollie (review)
John C. Reilly and Steve Coogan give huggable performances in this charming story of classic comedy team Laurel and Hardy, as they embark on a live stage tour in post-war Britain.  Heart-warming and sad, it’s a movie about friendship and how Hollywood turned their backs on one of the seminal comedy acts of all time. Reilly’s make up and prosthetics are seamless, as he and Coogan prove to be uncanny in the title roles.  These two have real chemistry, which instantly draws you into their characters’ plight.

Serenity (review)
Indescribably odd, Matthew McConaughey plays a fisherman trying to catch the big one that got away, even as the world around him keeps erecting roadblocks to his success.  Okay, that sounds like an interesting drama (in the vein of “The Old Man and Sea”), especially when you see the rest of the cast, which includes Anne Hathaway. But what starts as a stilted attempt to capture the spirit of something like “Body Heat” takes a bizarre science fiction turn.  While not uninteresting, this hybrid is a failure from a gifted director Steven Knight (see his 2013 film “Locke” instead).

Glass (review)
“Glass” is the final chapter in M. Night Shyamalan’s trilogy that attempts to deconstruct the superhero genre.  It picks up sometime after the events in “Split.” The multiple personality villain that can become the killer Beast (played by James McAvoy) is still at large.  David Dunn (Bruce Willis), the hero from 2000’s “Unbreakable,” is tracking the Beast in hopes of stopping him. And their initial battle is impressive, but this is where the story both peaks and sadly stalls.

Unfortunately, Shyamalan’s execution is clumsy. “Glass” is just too frustrating and talky to be much fun, and the serious existential comic book questions come off as some kind of forced, manipulated joke.  It’s a joke that leaves no one laughing.

What to Binge: Bodyguard (streaming now) – This six-episode thriller is an easy binge.  “Game of Thrones” alum Richard Madden plays David Budd, an officer assigned to special protection of a politician in London.  The show is action-packed with Budd having to contend with a suicide bomber on a train in episode one. The action and sexy intrigue rarely lets up.

What Movie to Watch: The Ballad of Buster Scruggs (streaming now) – An anthology of western themed movies, “The Ballad of Buster Scruggs” is really impressive.  Oscar nominated for best song, “When a Cowboy Trades His Spurs for Wings,” sung by star Tim Blade Nelson, my favorite of the segments is “The Gal Who Got Rattled.” The movie is directed by Ethan and Joel Coen, who are also Oscar nominated for best adapted screenplay.

What to Avoid: The Sea of Trees (streaming now) – With Matthew McConaughey giving a tweaked performance in theaters right now in the misfire “Serenity,” you should also avoid his 2015 film “The Sea of Trees.”  The story has McConaughey playing a suicidal man lost in a forest near Mt. Fuji. It’s directed by Gus Van Sant (“Good Will Hunting”).

What to Binge: Into the Dark (movie series) – Hulu’s series of monthly holiday inspired feature films continues this month with “Down.” Watching this series is becoming more and more of an investment as this is the fifth installment.  “Down” has a pair of office workers getting trapped in an elevator over the Valentine’s day weekend. Of course, things don’t end well.

What Movie to Watch: Three Identical Strangers (February 26) – This is a great documentary about the unbelievable story of triplets separated at birth, who discover one another in their late teens.  Unfairly snubbed by the Academy, it should have been up for the best documentary Oscar.

What Movie to Avoid: Caddyshack II (February 1) – This shameless cash grab followup to the popular 1980 comedy “Caddyshack” is awful.  While comedian Jackie Mason could have made a decent replacement for Rodney Dangerfield, his attempts at comedy largely fall flat, and Randy Quaid is no Bill Murray.  Do not waste your time.

What to Binge: Fleabag (streaming now) – While not for everybody, this scabrous story of a young London woman (played by Phoebe Waller-Bridge, who also writes the series) has developed a bit of a following. The tales of the dysfunctional title character are set to get a second season hopefully released later this year.

What Movie to Watch: Papillon (February 7) – Last year’s adaptation of the famous Henri Charrière story (based on two of his books) is worth a look.  The true events were chronicled in 1973 in a film also named “Papillon” starring Steve McQueen and Dustin Hoffman.  The 2018 version stars Charlie Hunnam and recent Oscar nominee Rami Malek (“Bohemian Rhapsody”). The period set, prison penal colony narrative shouldn’t put you off, this is an inspirational and really entertaining movie.

What to Avoid: Death Wish (February 23) – This remake released last year is a real miss.  “Death Wish” is based on the Brian Garfield novel that was adapted in 1974 with Charles Bronson in the lead.  Bruce Willis steps into the role of a man pushed to become a vigilante. Lurid and cartoonish, luckily, its failure ensures that there won’t likely be a sequel.

True Detective (Season 3) – Streaming and on appointment television is the third season for HBO’s once ground-breaking series “True Detective.”  When season one dropped in 2014, it was a sensation. Then creator Nic Pizzolatto delivered season two, which was a massive letdown.  Each season is its own gritty crime epic using a unique visual and narrative style. The third season is similar to the first. Time jumps back and forth, as the detectives (played by Mahershala Ali and Stephen Dorff) are interviewed about an investigation into a child’s murder and another child’s disappearance.  After watching the first few episodes, I heartily recommend season three. It’s great television.

Alita: Battle Angel
Robert Rodriguez’ adaptation of the “Gunnm” graphic novel series is finally making it into theaters.  The screenplay is co-written by James Cameron, who also serves as a producer. The existential story has Alita (Rosa Salazar) trying to discover who she is while battling shadowy and dangerous forces.  But from the look of things, the robotic enhanced Alita can certainly handle herself. The cast is impressive with Mahershala Ali playing a villain.

The Shopper E-Edition for Jan. 30